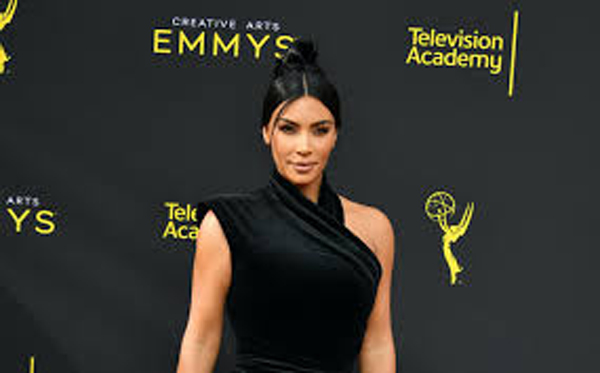 Kim Kardashian West has defended her shapewear for pregnant women, saying it is not intended to slim their stomachs but to offer support for the weight of carrying the baby.

The reality star announced at the weekend that she is launching a maternity line of her shaping underwear brand Skims but faced criticism online from people who thought the clothing is designed to make pregnant women look smaller.

Writing on her Instagram story, Kardashian West said: “To anyone who has an issue with maternity solutionwear, and if you haven’t been pregnant before you may not know the struggle of what it’s like carrying all of this weight the way I did along with millions of strong women, @skims maternity line is not to slim but to support.

“The belly part doesn’t actually slim your belly, it’s actually sheer and a thinner layered material compared to the rest of the garment.

“It provides support to help with the uncomfortable weight being carried in your stomach which affects your lower back- and the compression on the leggings helps with pain relief caused by swelling.

“It is also worn after you have given birth and provides the comfort and support that most women need after delivery, especially if you are recovering from a Caesarean.

“We launched this category in response to the tens of thousands of pregnant women who wrote (to) me requesting it and because it was something I personally needed when I was pregnant myself.

“Based on the majority of positive feedback we have received so far from pregnant women around the world, I am incredibly proud to provide a solution that will provide comfort and support during the times that we all need it the most, during pregnancy and after.”

Kardashian West’s friend, Chrissy Teigen, who is pregnant with her third child with husband John Legend, also came to the defence of the maternity collection.

Sharing a string of videos of herself in the flesh-coloured underwear, she said: “We are not trying to do anything to trick you, we are pregnant, we would just like to feel good about ourselves in a time where mentally it can be really challenging.”

She added: “I don’t think I have some magic waistline now, I’m not doing it to get a waistline. “Trust me, we are not idiots, we don’t think we are giving you some magical hot body now, ok?”