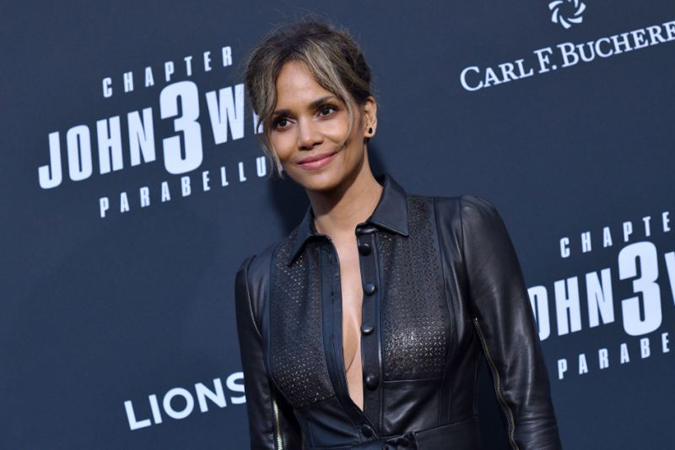 That’s director Halle Berry to you … . After a legendary career on screen, the Oscar winner makes her directorial debut with the mixed martial arts drama “Bruised” and scored a knockout deal with Netflix, according to multiple reports.

The buzzy sports film, in which Berry also stars as a disgraced MMA fighter on the rebound, had its world premiere at the virtual Toronto Film Festival over the weekend.

But the streaming service previewed a work-in-progress cut of “Bruised” before it debuted and acquired the film’s distribution rights for a hefty price tag of around $20 million, according to Variety. A Deadline report puts the figure closer to the “high-teens,” which still amounts to a major payday for Berry. Netflix has yet to officially comment on the reported offer, but an ecstatic Berry took to Twitter to express her excitement over the deal.

“I am speechless. Thank you @netflix for believing in my vision, cannot wait for y’all to finally see” it, she tweeted Friday after news of the sale made the internet rounds.

“Bruised” returns Berry back to fighting shape as the actor trained extensively ? even suffering a minor injury that shuttered production for a few days ? to play the lead character, Jackie Justice. She long pursued the role, to which Blake Lively was originally attached before Berry replaced her. But she never considered directing the film until her producing partner raised the idea.

Berry said she expected some pushback before pitching herself as the best choice to helm the film, despite “watching and learning and absorbing” from master directors over the past few decades as a working actor.

But Berry apparently overcame any doubts and was hired for the job, which she found to be an empowering — and then some — experience. “As an actor, I always show up and do my part, and I can only do what I can do,” she added. “Being the director, I have a part in the totality of every department. I get to have a voice. That was different, and I really loved that.”