Provision of jobs through promotion of industrialisation a priority: Imran 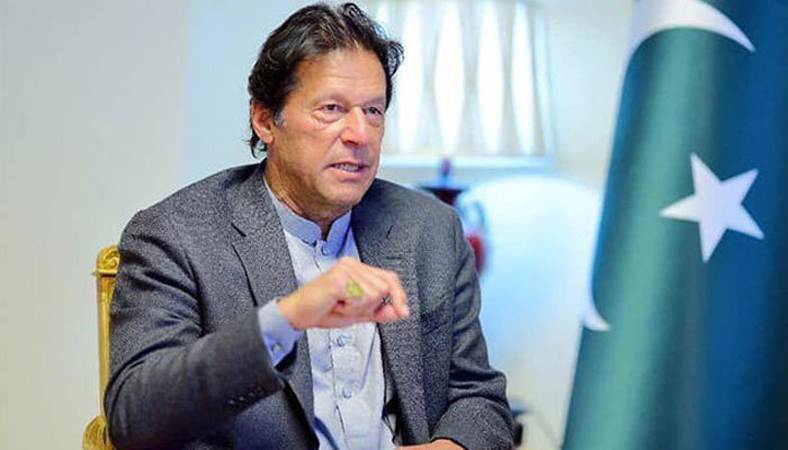 Prime Minister Imran Khan Monday said it was the government’s top priority to provide jobs to the locals through promotion of industrialization under the China-Pakistan Economic Corridor (CPEC).

He was addressing the signing ceremony of ‘Development Agreement of Rashakai Special Zone’. Earlier, he witnessed the signing of agreement.

The prime minister, on the occasion, congratulated Khyber Pakhtunkhwa Chief Minister Mahmood Khan over the agreement, which would prove a giant milestone not only for the province, but also for the whole country. He said out of four industrial zones to be set up under CPEC, Rashakai was prioritized to encourage growth of industries and spur local jobs for the people at their doorsteps. The prime minister mentioned that a United Nations survey had indicated that the KP province was leading the efforts at reduction of poverty.

He said often, the people went outside the country or other parts of the country for getting jobs and it was difficult phase for leaving behind a family and eke out. “My government’s interest is definitely to provide job opportunities to the locals at their doorsteps,” he added.

The KP chief minister, ministers, members of the National Development and Reforms Commission (NDRC) China, CPEC Authority and other relevant high officials were present during the ceremony.

Referring to the strategic position of Pakistan in the wider regional connectivity with the Central Asian countries, he welcomed the commencement of intra-Afghan dialogue in Doha, and said Pakistan had played a vital role in the Afghan peace talks. “If there were peace, it would lead towards achievement of wider regional connectivity upto Central Asia,” he said, adding the deputy prime minister of Uzbekistan recently visited Pakistan and they were keen for a railway line from Mazar Sharif to Peshawar.

Besides it, the ML-1 would prove vital in the regional connectivity reducing travelling distance between different cities of the country manifold, he said. It would also enhance the cargo activities, ease of doing and cost of doing business, he added. Such a strategic location of Pakistan, the prime minister said, would prove beneficial for the trade and business activities and especially the KP province, which had been on the frontline in the war on terror and gave immense sacrifices.

About CPEC, the prime minister said they were moving forward from communication linkage to industrialization growth through agreements. “Our next phase is industrialization. During 60s, the nationalization drive had affected the country’s economy and exports. Our next way leads to industrialization. The Chinese industry wanted to relocate and Pakistan offers very attractive environment with complete incentivization,” he added.

Prime Minister Imran Khan said for the first two months of the current fiscal year, Pakistan’s remittances were up 31 percent over the same period last year.

The Prime Minister in a tweet said that overseas Pakistanis sent $2,095 million in remittances in August 2020. He said the amount was 24.4 percent higher than August last year. Besides, he also mentioned the record $2,768 million of remittances received in July 2020.

Prime Minister Imran Khan stressed upon the need to get the young generations fully acquainted with different aspects of Seerat-e-Nabi (SAW) and the teachings of different Sufis. The prime minister was chairing a meeting to review progress on establishment of Al-Qadir University. The meeting was attended by Minister for Information and Broadcasting Senator Shibli Faraz, Barrister Ali Zafar, Brig. (retd) Jameel Sarwar Malik and others, PM office media wing in a press release said.

The prime minister was briefed about the progress achieved so far on the establishment of the university.

The prime minister observed that it was imperative to create awareness in the young generations in this regard to revive the real spirit of society and cultivation of basic social values. He observed that besides, imparting knowledge about the teachings of Sufis, a planning for the latest education should be made in the university, so that the young generations were fully equipped to meet the contemporary challenges.

The prime minister also directed for expediting the construction work over the proposed university, so that educational activities could commence at the earliest.

Prime Minister Imran Khan said that a fair and transparent tax system had vital role in enhancing the government’s capacity of ensuring effective governance and welfare and betterment of masses. He said the country’s elite class in the past not only misused public resources for their personal gains but also continued to occasionally bring about changes in tax system in a way that the whole burden of taxes was borne by common man and traders, which affected the small and medium enterprises especially the common man.