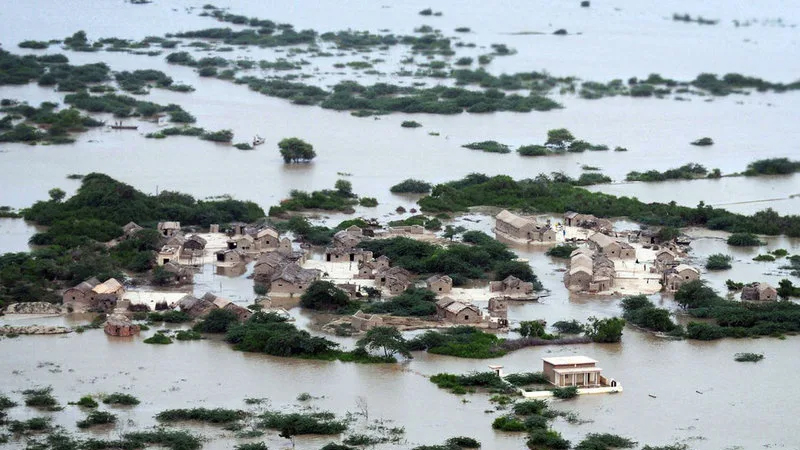 “I think we need to start from two aspects. The first is to set up an early warning system. The second is to build more water conservancy facilities in areas at high risk of flooding,” Prof Zhou Rong, senior fellow of Chongyang Institute for Financial Studies, Renmin University of China said on Monday.

Pakistan needs to do computations of river flow data, and computes water flows into the Indus River as well as its branches, the absorptive capacity of the terrain, the spread of vegetation, the solar energy signature over the entire Indus basin and more.

If there is a system to ingest the data and process it, that will be the best, he said in his article published by China Economic Net (CEN).

He said, there should be a special system in Pakistan which would tell you how much rain to expect and where, how much accumulation of water will occur in what region and what river flow will be at each hydrological station every day.

Such system should timely alert the departments involved in Pakistan. Pakistan would be able to overcome the floods on self-reliance without asking for much international assistance.

That is to say, Pakistan needs to predict rainfall very accurately, even when it is dealing with anomalous storm patterns. But in order to predict stream flows at precise locations, it needs river flow data from each of the hydrological structures on the Indus river system.

Therefore, Pakistan has to develop a special organization or instrument to download daily reports from the Pakistan Meteorological Department website which contains enough information.

Prof. Rong said, if Pakistan’s special departments concerned can tell the likelihood of the occurrence of a flood, its location, intensity and effects on each individual river of the Indus river system, that will be best for everybody. With advance warning, embankments can be strengthened, reservoirs and dams can be emptied out, barrages can be reinforced.

Breaching priorities for embankments that lie along the path of the flood can be drawn up in time and residents can be alerted so that perishables and livestock can be moved to higher ground.

Pakistan is blessed with a highly developed river management system which can be effectively used to mitigate the full impact of a flood. With advance warning, water infrastructures could have been emptied out much sooner, making it possible to absorb the flood waters surging down the river. With no additional water flowing, the peak flood could have been relatively better managed.

Pakistan’s water managers frequently ask for more infrastructures-dams and barrages-as a flood control measure. But they should operate infrastructures well, given the current state of flood forecasting in Pakistan. Without advance warning of a major flood event, along with attendant stream flow forecasts, hydrological infrastructure will only be a silent spectator to any flood. So, Pakistan should learn more from China’s experiences on effectively fighting floods.

The Chinese firm is executing the project in a joint venture with Frontier Works Organisation (FWO).

The Chinese state-run firm holds 70 per cent and the FWO, a commercial arm of the Pakistan Armed Forces, has 30 per cent share in the consortium. The contract covers construction of a diversion system, main dam, access bridge and the 21MW Tangir Hydropower Project.