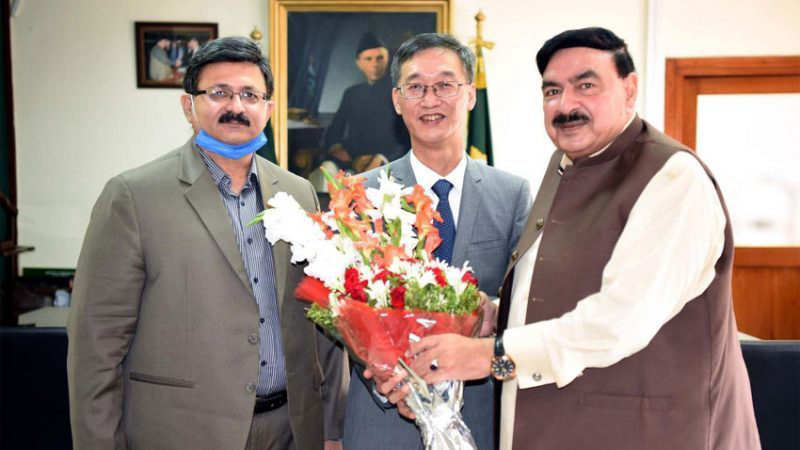 Minister for Railways Sheikh Rashid Ahmed on Monday said that regional rail network would ensure country’s access to the Central Asian countries through Afghanistan and bring development and prosperity in the area.

During farewell meeting with Chinese Ambassador to Pakistan Yao Jing, the minister commended the services of the envoy for promoting Pak-China relations and said “Chinese ambassador’s efforts for approval of Main Line-I rail project are unforgettable”.

He said that ML-I project was a game changer for Pakistan Railways and indispensable for strengthening country’s economy.

Besides ML-I, Pakistan Railways was also putting efforts for development of Peshawar-Jalalabad and Quetta-Kandahar rail network.

The ambassador said that Pakistan and China are enjoying cordial relations and the people of both the countries are having warm relations.

Expressing his pleasure on the approval of ML-I project, the ambassador said this project would help promote Pakistan’s local industry as well as create a number of employment opportunities for the people.

Secretary/Chairman Railways, Habib-ur-Rehman Gilani was also present in the meeting.

Pakistan Railways is all set to float long awaited tenders for duelization of Karachi-Peshawar track Main Line-I (ML-I) multi-billion-dollar project under China Pakistan Economic Corridor (CPEC) during this week. A high powered meeting on the project is likely to be held on September 15 in which the final decision would be taken about the floating of tenders of ML-I, a senior official in the Ministry of Railways told APP.

He said that Pakistan Railways management would simultaneously initiate the publicity of the mega project which it believes was the only way to revive the ailing public sector corporation. The Tenders would be limited to seek interest of Chinese firms since the project would be funded and executed under the CPEC.

The Executive Committee of the National Economic Council (ECNEC) had already approved the project which would bring revolution in Pakistan Railways and create a number of job opportunities, he said.

Giving detail of the ML-I, he said project consisted of three packages. Under package-I, the existing tracks between Lala Musa and Lahore, Lahore and Multan and Nawab Shah and Rohri would be replaced and upgraded.

He said the package-II consisted of upgrade of the railway track between Lala Musa and Rawalpindi, Nowshera-Peshawar and Hyderabad-Karachi sections while the package-III included upgradation of remaining chunks of the main-line, including Multan-Khanewal to Sukkur.

Under the project, rehabilitation and construction of bridges, provision of modern signaling and telecom systems, replacing level crossings with underpasses and flyovers, fencing of track, establishment of dry port near Havelian and up-gradation of Walton Training Academy (Lahore) would be carried out.

The project, he said, was aimed at increasing train speed from existing 80-90 km/hour to 160 km/hour, thereby reducing the train journey between major cities like Karachi-Rawalpindi from 22hrs to 10 hrs and Rawalpindi – Lahore from five hrs to three hours only. 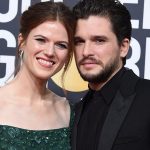