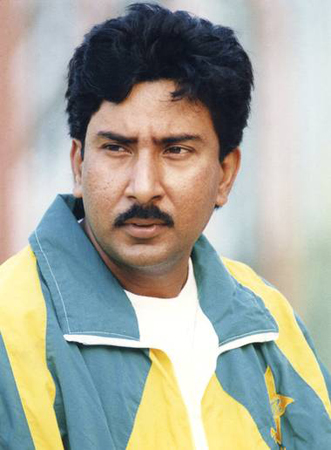 Malik, during a talk with media personnel, had claimed that he had provided a detailed response to the PCB on their questionnaire regarding his involvement in match-fixing while stating that the allegations against him were a pack of lies. The 57-year-old expressed confusion in the involvement of the ICC in his matter claiming that the PCB had not presented this point in any court. The PCB had rejected Malik’s answers as its legal department was not satisfied with the answers provided by Malik. However, the PCB had granted the former cricketer the right to appeal the matter if he chooses to do so.

The responses, filed to the PCB, were to questions surrounding an investigation by the now-defunct News of the World ––– the same newspaper and reporter that carried out the Lord’s 2010 sting ––– in which Malik was allegedly caught on video offering to potentially corrupt players and games. The revelations and allegations from the sting were not part of the Justice Qayyum inquiry which banned Malik for life in 2000 ––– that inquiry and sentencing had taken place just before the tabloid sting.

Malik, who was banned for life in 2000 but eight years later his sentence was overturned by a Lahore Civil Court, in April had expressed desire to get a coaching job. “I see there are a lot of cricketers saying good things about my batting, fielding and captaincy. Since 2008, when the honourable court lifted my ban, I had tried to get a coaching job but was never considered. In recent years, Mohammad Amir went on to play for Pakistan; Salman Butt, Mohammad Asif are playing domestic cricket and even Sharjeel Khan went on to play PSL,” Malik had said. “So I request the PCB, if I am of any use for them, please consider me. I wish I will be able to serve Pakistan in any shape whatever I can do in my capacity. Whatever skill I have, I can pass on it to youngsters,” he had added.

Malik is one of only five Pakistan players to have played over 100 Tests. He played 103 Tests and 263 ODIs for Pakistan from 1981 to 1999, but his career was ultimately overshadowed by the match-fixing scandal. In a judicial inquiry that began in 1998 and continued for 13 months, he was found guilty of attempting to bribe Australian cricketers Mark Waugh and Shane Warne to fix the 1994-95 Karachi Test.