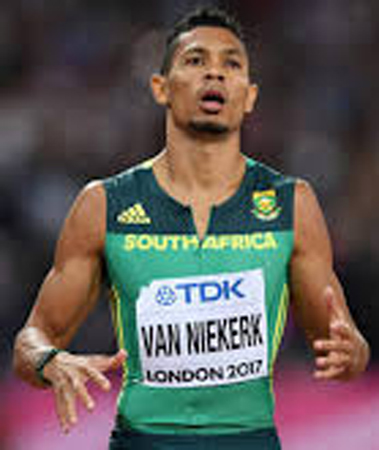 CAPE TOWN: South Africa’s Olympic 400 metres champion Wayde van Niekerk will make his long-awaited return to the track when he competes at the rescheduled Gala dei Castelli in Bellinzona, Switzerland on Tuesday. Van Niekerk, who recently recovered from a debilitating knee injury and then COVID-19, which he contracted while training in Italy, made the announcement on Monday. The 28-year-old romped to Olympic gold four years ago in a world record time of 43.03 seconds and was set to participate in a meet in Trieste last month, his first competition outside of South Africa since 2017. Those plans were put on hold, but he will line up at the event in Bellinzona which had been postponed from May due to the global pandemic. An injury-free return would signal a major boost for Van Niekerk, who tore ligaments in his knee at a charity touch rugby game in October 2017. He has therefore benefited from the postponement of the Tokyo Olympic Games to next year and recently highlighted his ambition to be the first man to run the 400-metres in under 43 seconds.