The number of killing transgender people increased across Khyber Pakhtunkhwa. 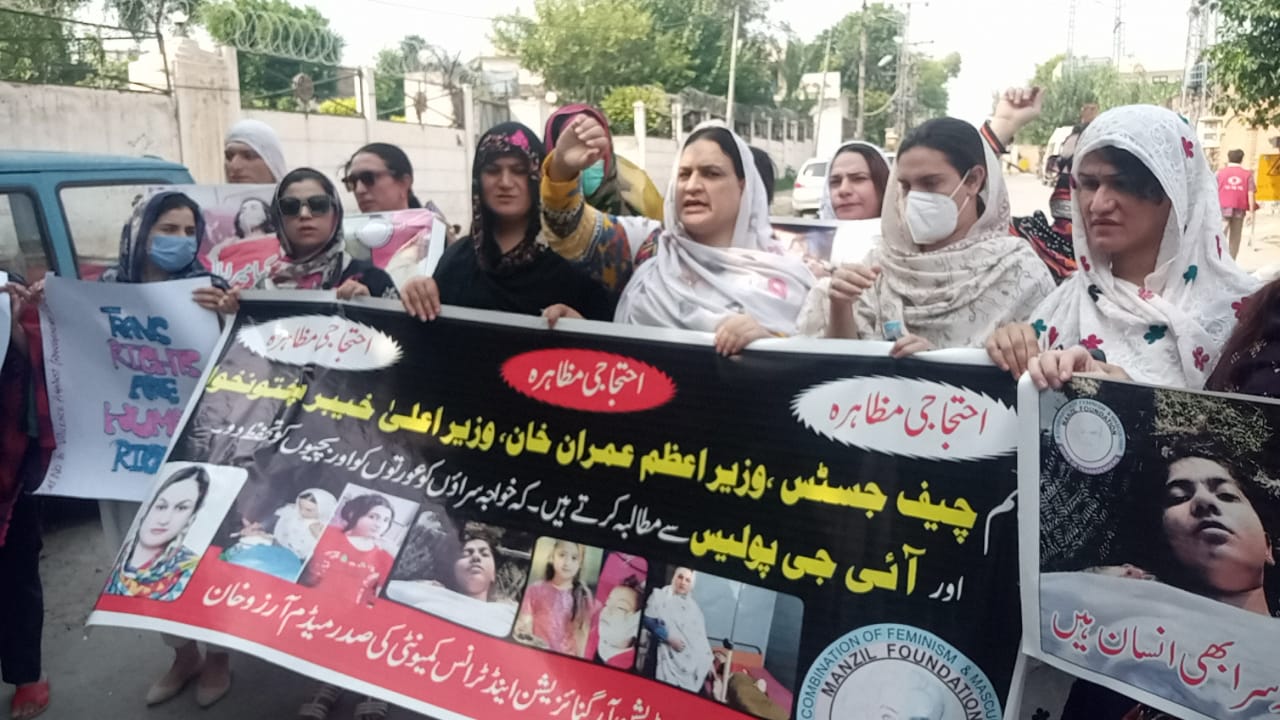 This month on Thursday, a transgender man was shot dead by his brother in northwest Pakistan in the second deadly attack in the region to target the long-oppressed community. The incident took place on September 10 in Swabi, a district of Khyber Pakhtunkhwa Province.

The victim, identified as Saad, was returning home after performing at a dance party in the city of Rawalpindi, south of Islamabad, when his 14-year-old brother opened fire on him. After police has detained the brother, Muhammad Hammad.

Earlier this week, unidentified gunmen opened fire on a group of transgender women on the outskirts of Peshawar, the capital of Khyber Pakhtunkhwa, killing one of them and wounding another. This was the second incident reported in one week.

In the recent wave of killing transgender people in the province, the community has given a call of protest in Peshawar. The protest is organized by the trans community in provincial capital of Khyber Pakhtunkhwa.

On connecting to the Farzana, who is the president of transgender community in Peshawar. She express anger over the recent violence said that they are not demanding government jobs or free of cost medical treatment, but they only thing they demand is security.

The head of the transgender Community talked sarcastically to the local media that if someone wants to get rid of transgender persons then they must do it at once and stop killing them one by one, she added.

The trans activist Farzana has appealed to all the transgender persons in the country to come out for their rights. She further discloses her plan said that after the protest in Peshawar, the scope of agitation will be expended to other cities, she concluded

On the other hand, an effort to facilitate the transgender community that often face violence, the provincial police department has decided to set up special desk for them across Khyber Pakhtunkhwa. The Inspector General of Police (IGP) of the province, Sanaullah Abbasi has announced the establishment of special desks for transgender persons in police stations in Peshawar.

The focal person of these desks will be an officer of the rank which will be Assistant Superintendent of Police (ASP). However, the KP Police has also approved inclusion of a chapter on rights of transgender persons in the police training course.

The head of the police said that the special desks will be made functional in provincial capital while it will be extended to the rest of the province soon, Abbasi added

Furthermore, the police chief was concern over the increase of incident with the third gender incident in the province said that data of all transgender persons in Khyber Pakhtunkhwa will be collected and thorough investigation will also be held to ascertain why the problems of transgender persons are increasing, Abbasi Concluded.

The community, estimated to number around 500,000, known officially as “third-gender” citizens in Pakistan — a group that includes cross-dressers, transsexuals, eunuchs, hermaphrodites, and transvestites — face widespread violence, intimidation, and abuse despite multiple laws passed to protect them. In Khyber Pakhtunkhwa, 1,500 transgender individuals have been raped while 70 been killed during the last five years.

On talking to the Taimur Kamal, who is Trans Right activist in Peshawar. He welcomes the announcement of special desk for transgender community in Police station across Peshawar said that the establishment of desk for trans community is great inactive but on other hand past performance of the province police has still a question mark.

He further express that police have established such committees to facilitate transgender people but after three years the committees have zero performance. He further elaborates that most of the culprits involved in murder of transgender persons escape punishment due to weak prosecution, Kamal Added

In 2019, the Pakistan’s parliament has passed a law guaranteeing basic rights for transgender citizens and outlawing discrimination. Members of parliament voted to pass the wide-ranging Transgender Persons (Protection of Rights) Act. However, the nation has seen a surge in trans people running for office, transgender residents still face extreme danger.