Shahrukh Khan to team up with John Abraham? 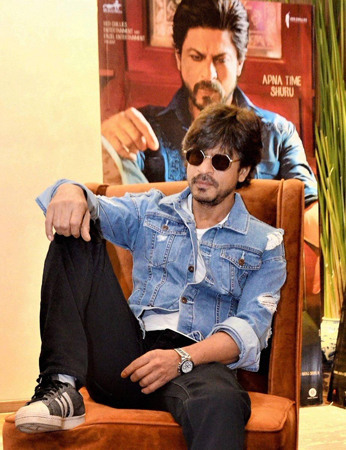 If trade sources are to be believed, Shah Rukh Khan is teaming up with John Abraham in the upcoming action-thriller, Pathan.

The Yash Raj production, helmed by Siddharth Anand, will see King Khan and Johnny boy collaborating for the first time on the big screen. The announcement will be made later this month to mark the 50th-anniversary celebrations of the production house.

After the debacle of Zero, Shah Rukh Khan took time to give his nod to his next, as he wanted to be sure about what kind of film he wanted to be part of. Those in the know say the star has finally taken a decision. Sources add that the project will go on the floors in early 2021. King Khan will begin shooting first and John Abraham will join the unit after he wraps up pending assignments.

In other news, Khan is said to be reuniting with his frequent co-star Deepika Padukone in a new film marking the Bollywood debut of Tamil bigwig filmmaker Atlee. The two stars are set to collaborate on a project titled Sanki, a report in Filmfare states, adding that the film is slated to be an all-out commercial entertainer. Deepika made her Bollywood debut opposite Shah Rukh in the 2007 blockbuster, Om Shanti Om. The two actors later collaborated on the blockbuster projects Chennai Express in 2013 and Happy New Year in 2014.