Kaley hits back for mask-wearing workout

* Kaley Cuoco became a major television star during her 12-year tenure as Penny on CBS's 'The Big Bang Theory,' which came to an end last year 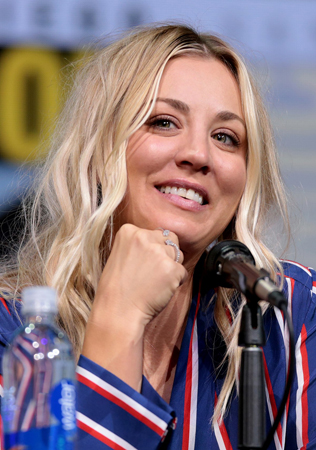 Kaley Cuoco was recently bombarded with comments on her new Instagram post, which featured the Big Bang Theory actress enjoying a workout whilst wearing a disposable mask.

After some of her followers claimed she was at risk, the former CBS star hit back at her critics.

Kaley Cuoco became a major television star during her 12-year tenure as Penny on CBS’s ‘The Big Bang Theory,’ which came to an end last year.

Thanks to her illustrious career, Cuoco has often attracted media attention and her Instagram profile has reached over 6 million followers.

Unfortunately, a video posted on September 8 caused a storm on her Instagram page and the star was flooded with a number of ignorant comments.

Cuoco posted a short clip of herself performing a number of different workout moves with a skipping rope.

She captioned the video: “Jump It Out. My newest obsession during COVID/quarantine! All you need is 20 mins, a jump rope, and good music!”

Like many of those affected by the pandemic, Cuoco appeared to be using her downtime to stay fit and healthy during the ongoing period of uncertainty.

Unfortunately, not everyone following Cuoco’s account responded well to the star’s decision to mask-up in the middle of a quiet gym.

Cuoco’s well-intentioned motivational post on Instagram was soon derailed by a number of commenters who took offence to the star’s mask-wearing.

Despite being scientifically proven to impede the spread of germs and viruses, there is still a debate in some countries regarding the use of masks during the pandemic.

One user commented ‘Take off the mask !!’, while another claimed ‘With mask workout is very dangerous.’

A debate soon broke out between online trolls and other Instagram users who reminded her followers it’s perfectly safe to wear a mask during exercise.

As arguments continued, Cuoco took action by defending her choices in a later comment.

She said: “I wear a mask when I’m in an enclosed space around others, which I was.

“I’m protecting myself and everyone around me. That’s why I choose to wear a mask. Thanks for playing.”

Other followers also leapt to her defence, with one adding: “Best exercise ever!! And well done for doing it with a mask on! Being a great example.”