Two killed, 10 injured as another building collapses in Karachi 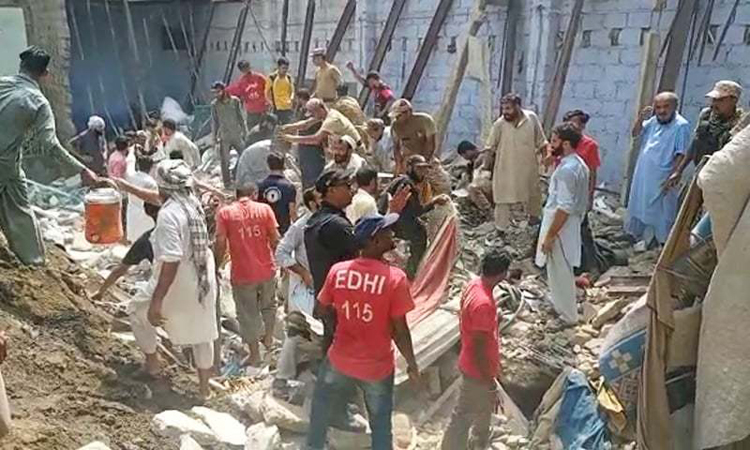 At least two people were killed and 10 others were injured after a two-storey building collapsed in Bihar Colony in Karachi’s Lyari area on Sunday, a private TV channel reported.

City Senior Superintendent of Police Muquddus Haider said that there were godowns on the ground floor and residential rooms in the second storey that were mostly occupied by labourers.

The officials, in their initial findings, blamed the use of heavy machinery for construction on an adjacent empty plot which weakened the structure of the building, leading to its collapse.

Haider said that the structure of the building appeared to be faulty, which was further weakened due to construction activity on the adjacent plot. “It appeared to be criminal negligence of the owners of both, the building and the plot, as well as that contractor that caused this tragedy and an FIR would be registered against them,” he declared. The injured residents as well as the deceased were taken to the Ruth Pfau Civil Hospital Karachi.

Speaking on the collapse of the building, Sindh Governor Imran Ismail called for fixing responsibility for the casualties and damages. “Sindh Building Control Authority (SBCA) has been a nightmare for Karachi. We need to redesign our strategy for SBCA, this is not working at all,” he tweeted.

This is the second building to collapse in the metropolis within a week and the fourth since the start of the year. On Thursday, four people were killed and at least 10 others injured after a multi-storeyed residential building collapsed in Karachi’s Korangi area. In March, a building collapsed in the Gulbahar area, killing 27 people and injuring at least 17 others.