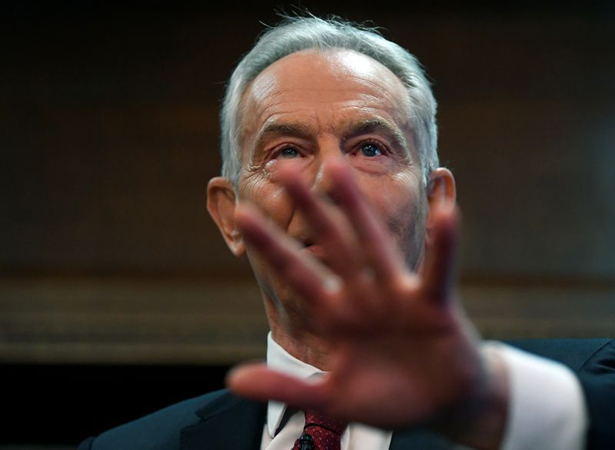 Former prime ministers Tony Blair and John Major said on Sunday Britain must drop a “shocking” plan to pass legislation that breaks its divorce treaty with the European Union, in a breach of international law.

The British government said explicitly last week that it plans to break international law by breaching parts of the Withdrawal Agreement treaty that it signed in January, when it formally left the EU. “What is being proposed now is shocking,” Major and Blair, who were adversaries in the 1990s as Conservative and Labour leaders, wrote in a joint letter published by the Sunday Times newspaper. “How can it be compatible with the codes of conduct that bind ministers, law officers and civil servants deliberately to break treaty obligations?” Theresa May, the predecessor of current Prime Minister Boris Johnson, has also questioned whether international partners would be able to trust Britain in future.

Johnson’s Internal Market Bill is aimed at ensuring Britain’s four constituent nations can trade freely with one another after leaving the EU, but the government says that requires overriding part of the withdrawal treaty it signed with Brussels. British ministers say the bill is a “safety net” in the event there is no trade deal reached with the bloc, but top EU officials say it undermines both the withdrawal treaty and trust in future talks.

EU chief negotiator Michel Barnier said on Sunday that the Withdrawal Agreement on Northern Ireland “is not a threat to the integrity of the UK”, and had been agreed by the two sides to protect peace on the island of Ireland. “We could not have been clearer about the consequences of Brexit,” Barnier said on Twitter. His British counterpart David Frost responded by saying London had to reserve powers in the new bill in order to keep the peace in Ireland. Keir Starmer, leader of the opposition Labour Party, described the legislation as wrong on Sunday.