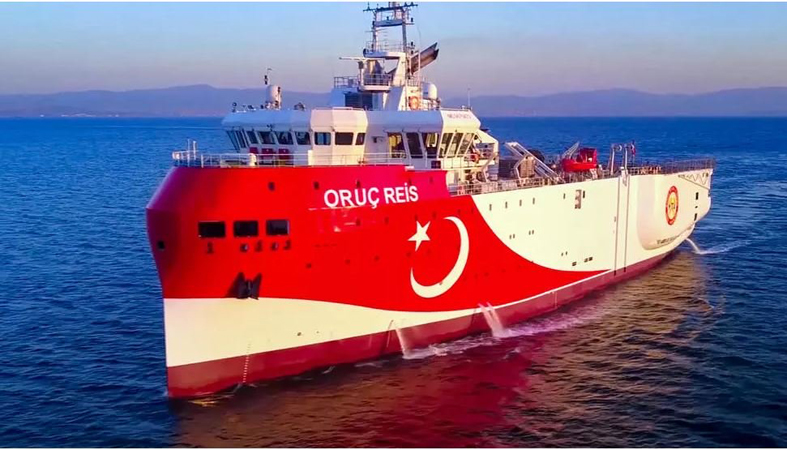 The Turkish research ship at the centre of a row between Greece and Turkey over gas exploration in the eastern Mediterranean returned to a port in southern Turkey, local media reported Sunday.

Turkey sent the Oruc Reis research vessel to disputed waters near a Greek island on August 10 and prolonged the mission three times despite repeated calls from the European Union and Greece to stop. But its deployment was scheduled to end on Saturday and has not been renewed by the Turkish authorities, pro-government newspaper Yeni Safak reported, adding that it had returned to Antalya port.

The decision not to extend the ship’s mission was viewed as “a step towards giving diplomacy a chance,” the newspaper wrote, linking it to attempts to kickstart talks between Greece and Turkey. NATO said earlier this month that officials from both sides had agreed to take part in technical talks to avoid accidents between their navies. Athens denied this was the case, but the Turkish defence ministry said on Thursday that the first round of talks between Greek and Turkish military delegations took place at NATO’s headquarters in Brussels. While Turkey repeatedly said it was ready for dialogue without preconditions, Greece said there could only be talks once Ankara stopped making “threats”.