PCB chief in no mood to play against India, says sort out political differences first 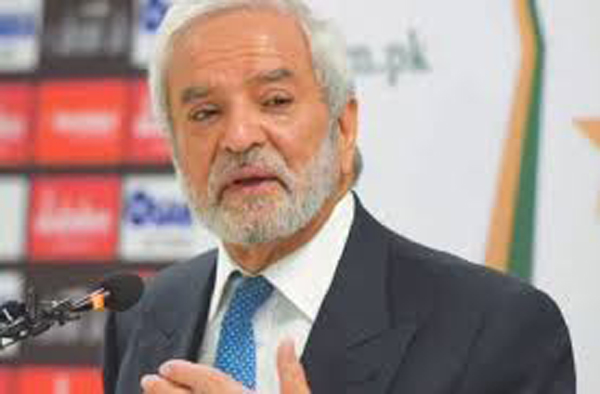 KARACHI: Discussions on resuming bilateral cricket exchanges between India and Pakistan cannot start between the boards unless political relations between the two countries become normal and stable, Pakistan Cricket Board (PCB) chairman Ehsan Mani has said. He also made it clear that he wouldn’t request Board of Control for Cricket in India (BCCI) President Sourav Ganguly to let Pakistani players compete in the Indian Premier League (IPL). “Over the years, the PCB has had a number of discussions with the BCCI regarding bilateral cricket. Whether it is T20 cricket or bilateral, all things are in the hands of the BCCI. At this moment I don’t have any intention of playing any T20 league with India. First, they have to sort out the bilateral (political) relations with us, and then we will talk,” Mani, 75, said in an exclusive interview.

India have not played a Test series in Pakistan for more than 14 years, and Pakistan have not visited India for almost eight years, though they have played against each other in the International Cricket Council’s (ICC) events like the World Cup and the Champions Trophy all these years. And the only time Pakistani players appeared in the IPL was in its opening edition in 2008, when 11 cricketers represented various franchises. Left-arm speedster Sohail Tavir won the Purple Cup for capturing most wickets ––- 22 wickets in the 11 matches –– for champions Rajasthan Royals.

“I am not talking to the BCCI about bilateral cricket. It is up to them to speak to us if they have something to say. The ICC (International Cricket Council) constitution says there should be no government interference. So, I think ICC should be talking to them BCCI),” Mani, a former ICC president, said, referring to the mandatory permission that BCCI has to take from the Indian government to play against Pakistan.

Mani, however, fondly recalled the harmonious relations between the BCCI and the PCB in 1990s, when he, as the PCB representative, interacted with Madhavrao Scindia and Jagmohan Dalmiya who ruled both the BCCI and the Asian Cricket Council. “I had enough discussions with Mr Dalmiya; not just him but with Mr Sharad Pawar and going back to the time of Mr Madhavrao Scindia. We have had very, very good and open relations with the BCCI. Over the last 12 years, I find the relationship is not what it used to be. There has to be trust and openness on both sides — and honesty in dealing with each other,” he emphasised.

“To find that the relationship was not what it used to be, I was surprised and disappointed when I came back (as PCB chairman in August 2018). A lot of improvement can be done on this. We could talk to anybody (in normal times), but it takes two hands to clap,” Mani, a Fellow of the Institute of Chartered Accountants (England & Wales), said. The 13th edition of the IPL is set to start on September 19 in the United Arab Emirates (UAE). Like in previous years, no Pakistani player will be part of it, though several Pakistanis have from time to time expressed their desire to play in the world’s most lucrative cricket tournament.

Has Mani broached this issue with any of the BCCI officials since taking over as PCB chairman? “No, not at all. This is very much a matter for the BCCI. But unfortunately, it’s not in their hands either. We don’t have that issue in Pakistan,” he said. Mani also said he has so far not met Ganguly, though they have spoken on the phone a couple of times and attended virtual ICC meetings together.