Two killed, dozen injured as another building collapses in Karachi 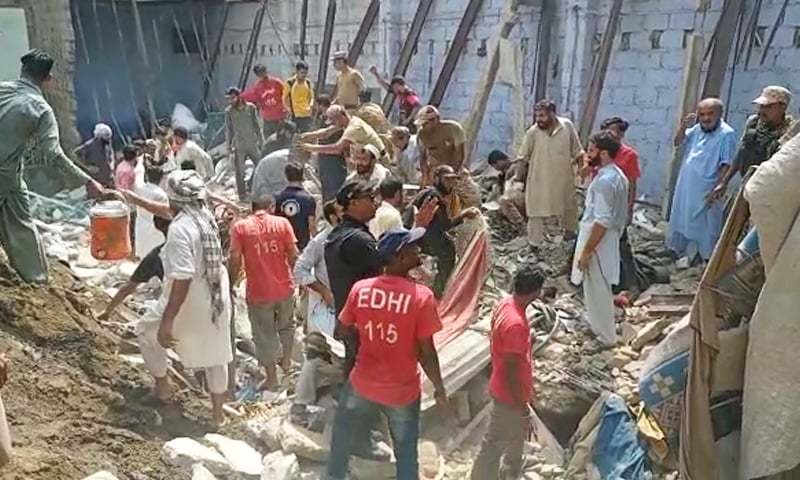 At least two people have died and several others injured after a two-storey building collapsed in Bihar Colony in Karachi’s Lyari area on Sunday, according to police.

Authorities said the rescue operation had been completed and that work to remove the debris had started.

Both the deceased had been recovered alive but succumbed to their injuries. One of the two was identified as well, rescue officials said.

The injured have been shifted to the Civil Hospital and Lyari General Hospital, where the condition of several of them is said to be critical.

The National Disaster Management Authority (NDMA) on Saturday updated data of human and financial losses caused by the rains and floods during the recent monsoon season, raising the death toll to more than 300, including over 100 children.

The NDMA said the countrywide death toll stood at 310 – 135 men, 107 children and 70 women. The report said that Sindh was worst affected province with 136 fatalities, followed by 116 in Khyber Pakhtunkhwa, 16 in Punjab, 21 in Balochistan, 12 in Azad Kashmir and 11 in Gilgit-Baltistan.