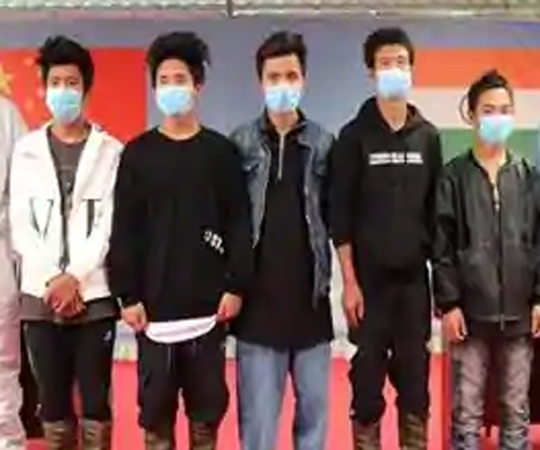 Five Indians, who were allegedly caught by the China’s People Liberation Army or as some called they went missing in the south Tibet region, are Indian intelligence personnel who had disguised themselves as hunters, Global Times reported on Saturday.

They recently trespassed the China-India border and entered the Shannan prefecture of Tibet, a source told the newspaper. “The Indian side often dispatch agents via this means to gather intelligence about China. This is how it encroaches the China-controlled areas,” the source said. “The Chinese side has detained, warned and educated the five persons, who will be released soon,” the source said. “To counter India’s frequent provocations, China has published more information about what’s going on at the border to set the record straight,” the source added.

Bilateral relations have been unusually tense since a clash at a disputed border area in June that killed 20 Indian soldiers.

On Tuesday, following reports that five Indians from the state of Arunachal Pradesh, which borders China’s Tibet, had gone missing, an Indian minister said that the Chinese People’s Liberation Army confirmed they had been found in China. Their disappearance coincided with a border confrontation that week in the western Himalayas, during which both accused the other of firing in the air. The two sides have long observed a protocol avoiding the use of firearms in the undemarcated frontier, though violence has erupted in the past.

Global Times Editor-in-Chief Hu Xijin said on Weibo that China-India relations were stabilising. Observers of China’s foreign relations often watch Hu’s messages on social media to gauge sentiment from Beijing policymakers. “It seems that the successive meetings between the Chinese and Indian defence ministers and foreign ministers have played a positive role in cooling the situation,” Hu wrote. “In addition, the People’s Liberation Army defended every inch of the country’s land, and the Indian Army ultimately failed to take advantage of it.”