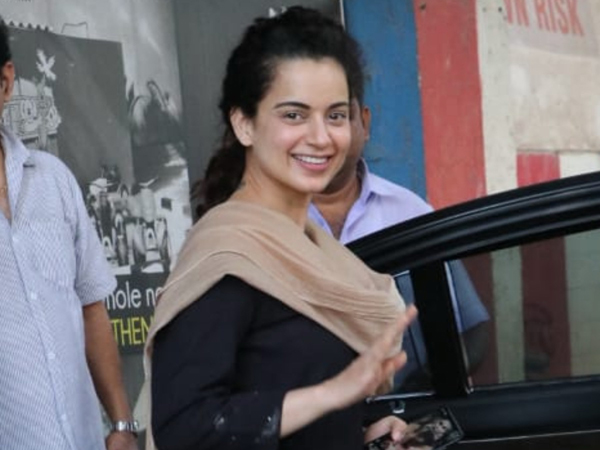 Kangana Ranaut has been quite vocal and active. The actress has been calling out Bollywood for nepotism and asking for a fair investigation into Sushant Singh Rajput’s death. Among all this, she does find time to share moments from her family life on her social media account. She has been regularly sharing some adorable pictures from her childhood.

Recently, the Queen actress dug into her family album and dished out an old picture of herself. It showed a young Kangana dressed in her school uniform, posing with a friend. In the caption, Kangana talks about not letting one’s mind be in-charge of one’s feelings.

“Mind is loud and clever, feelings are naive and subtle in nature, never let your mind dominate your feelings, hold on to that little feeling deep inside your heart buried and pushed away by your logic and fears, hold on to it no matter how stupid or absurd it is,let it guide you,” she captioned her post.

A few days ago, the Tanu Weds Manu actress had shared an old family picture of herself clicked in 1998. In the picture, Kangana is seen standing in the centre, flanked by her mother and her sister Rangoli and her brothers – Aksht and Karan on either side. In the caption, the actress wrote that her little brothers have grown up so much that they are all set to get married in November.

Before this, Kangana had shared multiple never-seen-before pictures from her boarding school days. Posted on Twitter by Kangana’s team, one of the major throwback pictures was taken in 2003 with her then roommates, who still, as the actor says, are friends with her. Ranaut, along with her two friends, sported similar attire, black-on-black as they posed for the camera.

On the personal front, Kangana has been keeping herself busy with the wedding preparations. Last month, she visited her grandmother to provide an update on the celebrations. The actress, on the professional front, will be next seen in Thalaivi and Dhaakad.