Concerted efforts by Centre, Sindh a must to resolve issues: president

* Alvi urges PTI, PPP to join heads to resolve development and other issues of Sindh province 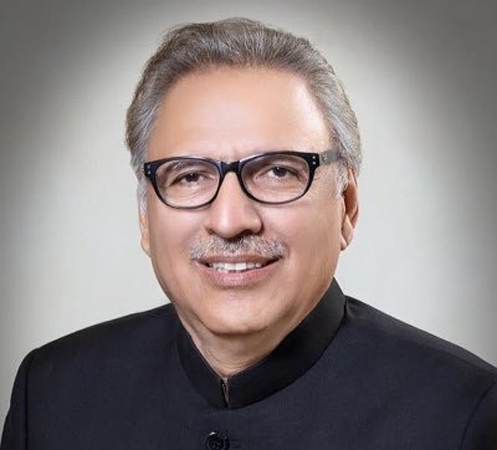 President Dr Arif Alvi Saturday said that the concerted efforts by the federal and provincial governments were a must to resolve the problems confronting the people of Sindh.

Addressing a ceremony to distribute ration bags among the flood-hit people of Tehsil Jam Nawaz Ali of Sanghar, the president said the motto of the incumbent government was the provision basic rights to the people.

The ration bags were arranged with the cooperation by Sindh and Punjab governors, Khalifa Bin Zayed Al Nahyan Foundation and other welfare organizations.

The president, who earlier distributed food packs among the flood-affected people in Mirpurkhas, said that being head of the federation, whole of the country was his responsibility regardless of any political affiliation.

Therefore, he urged the governments of Pakistan Tehreek-e-Insaf in Center and Pakistan People’s Party in Sindh to join heads to resolve the development and other issues of the province. He told the gathering that it was the government’s responsibility to provide employment opportunities to the people and other fundamental rights.

The president said that fortunately, Pakistan had set an example for the world by containing the Covid-19 pandemic without suffering any major economic impact.

He said for the first time, the world community was urging the countries to learn lesson from Pakistan as through its smart lockdown strategy, the government averted the huger-related deaths and massive unemployment as was witnessed in India consequent to blanket lockdown there.

As pointed out at the event, the president assured the locals that he would take up the pending matter of royalty of gas and oil with the federal government.

He also assured that the federal government would not leave unattended any part of Sindh province.

The government had distributed above Rs 200 billion with Rs 12,000 each among 16.9 million families to mitigate the impact of the pandemic, even in Sanghar district.

He said contrary to many other countries, the PTI-led government also extended financial support to the businesses and workers impacted by the lockdown in affected areas.

President Alvi said that the government would never leave unattended the rain and flood-hit people of Sindh rather would put in all of its efforts to address their needs.

Addressing a ceremony to distribute ration bags among the flood-affected people here, the president thanked the collaborating organizations for arranging food packs for the people in distress.

The president said the ceremony manifested the strengthening linkage between the people and the state as every pro-people government was supposed to stand by its people in their hour of need.

He said that starting from Covid-19 pandemic to the losses caused by rains and floods, the government was alive to the situation and made all out efforts to steer the people out of the challenging situation.

He said through prudent policies, Pakistan had set an example by containing the pandemic and keeping the economy on track.

The president said the government had extended cash relief assistance worth Rs12,000 each to around 16.9 million families which made almost half of country’s population.

He said contrary to India and other countries, the Imran Khan-led government opposed the blanket lockdown and allowed the industries and businesses to operate to avert the deaths caused by hunger.

Besides the businesses, the government also kept the mosques open to make the people worship and consequent to their prayers, Allah Almighty blessed the country with the turnaround of the coronavirus cases making Pakistan an example for the world.

The president told the gathering that though the disease was almost over in Pakistan, the precautions were yet essential to avert its resurgence.

Thanking the UAE government for extending support to the flood-hit people, the president said the country had recovered from the Covid-19 related economic impact just because it kept supporting the working class who played key role in nation building.