Abduction, abuse of children on rise in Sindh: report

Incidents of abduction and abuse of innocent children have doubled in the first eight months of this year compared to last year as per Sindh Child Protection Authority’s report.

Focal person of Child Welfare Sindh Fauzia Masoom, confirmed that in the first eight months of this year, 93 children have been sexually abused and 782 children are missing across the province in Sindh to an alarming level. 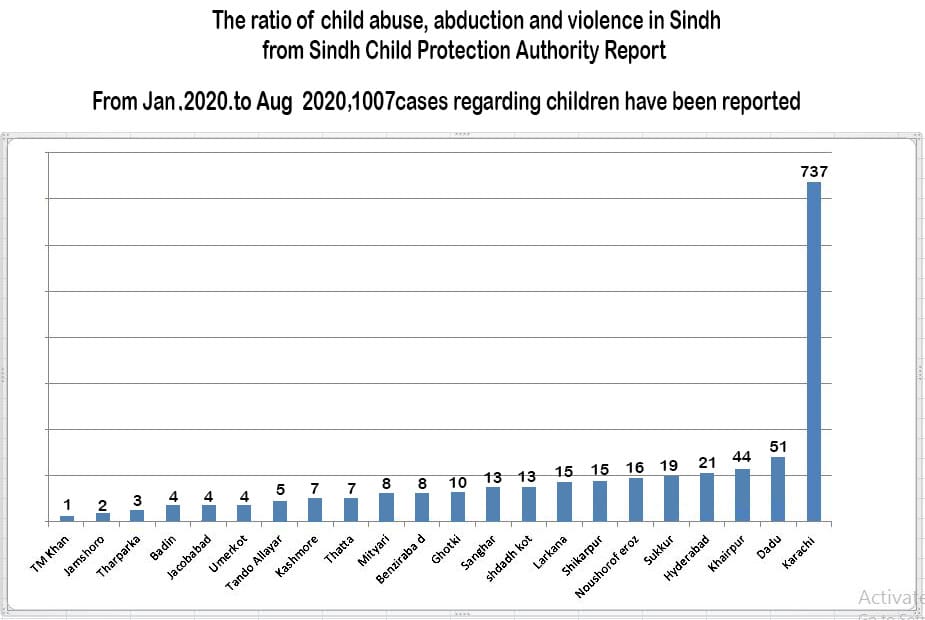 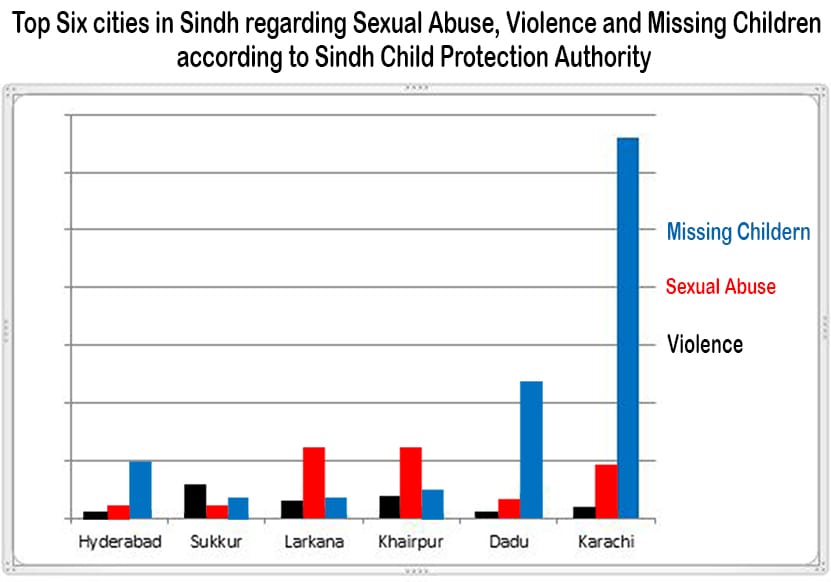 According to website total 1007 cases regarding children have been reported, highest cases have been reported in Karachi 737, second highest 51 in Dadu and in Khairpur where 44 cases were reported, while 782 children are missing, as many as 661 children are missing from Karachi. 13 cases of underage marriage and 27 cases of domestic violence were reported during last eight months.

On other hand a study carried by an NGO ‘SAHIL” working child protection intimated that child sexual abuse rate in Pakistan is 8 children per day, said in its six-month “Cruel Number” latest report.

According to report till June this year, 497 children were sexually abused. The report said most of the cases were in Punjab at 57%. Of the rest, 32% were reported in Sindh and 6% in KPK. It further noted that more than 35 cases were reported in Islamabad, 22 in Balochistan, 10 in AJK, and one in GB.

At least 173 children were gang-raped, whereas there were 227 reports of attempted sexual assault. Moreover, 38 children were killed after they were sexually abused.

Of the total children who were subjected to sexual abuse, 53% were girls and 47% boys. The report also highlighted that 51 cases of underage marriage were reported.

Ministry of Human Rights (MoHR) is establishing Child Protection Desk at the Pakistan Institute of Medical Science (PIMS). One such desk has already been established at Polyclinic Hospital.

In March 2020, Pakistan’s parliament passed the Zainab Alert, Response and Recovery Bill, a historic law that mandates life imprisonment for culprits of child abuse. “The country’s first national child abuse legislation also requires police to register a case of abuse within two hours of a child being reported missing. Law enforcement officers must also complete their investigations into individual cases within three months.”

Despite passing bills there is a dire need to establish confidence based linkages between community police, child rights organizations that could provide services to the victims like joint training, patrolling and coordinated referral services.