Celtics’ young core heads back to East finals, once again 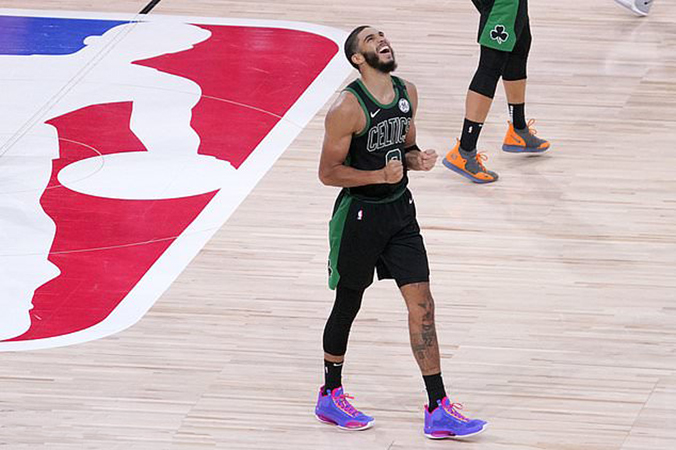 LAKE BUENA VISTA: Marcus Smart is 26. Jaylen Brown is 23. Jayson Tatum is 22. The Boston Celtics aren´t old, by any measure. That doesn´t mean they are lacking for experience – or don´t already know what it´s like to play in the Eastern Conference finals. Smart and Brown are going there for the third time in four years, Tatum for the second time in his three seasons, and they´re bringing Kemba Walker along for his first view of what the conference-final stage looks like. The Celtics held off reigning champion Toronto 92-87 in Game 7 of their East semifinal series Friday night, earning a trip to the East title series against the Miami Heat. “We have three 30-year-olds,” Celtics coach Brad Stevens said. “We´re basically a college team with a couple of guys. “You know, it´s funny. I talk all the time about, you´re only scrutinized if you´re in the arena. And Jaylen and Jayson, this is all they´ve done. All they´ve done is play in, now it´ll be three Eastern Conference finals for Jaylen and two for Jayson. And they´ve been in this stage and they´ve been huge parts of it. They are young in every metric except playoff experience. They have a lot of it.” They´re about to get more. Game 1 is Tuesday, Game 2 is Thursday and Game 3 next Saturday. The rest of the series could follow the every-other-day format; that´ll be determined once the Western Conference semifinal series are done and that matchup finalized.