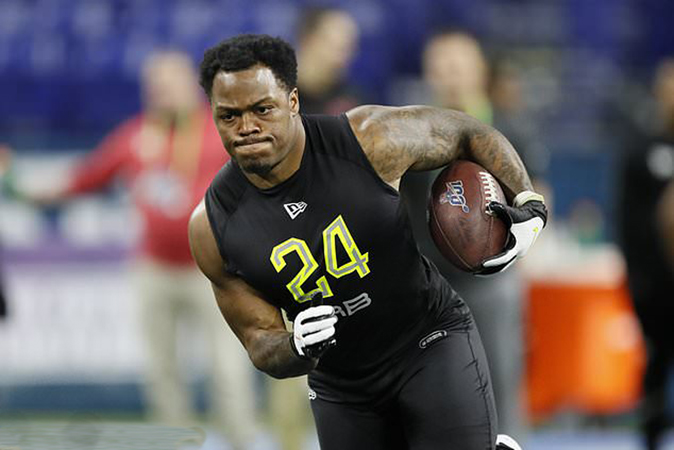 JACKSONVILLE: Relative unknown James Robinson has a chance to make NFL history Sunday. If Robinson starts for Jacksonville against Indianapolis, as expected, he would become the fourth undrafted rookie running back to do so in a season opener since the AFL-NFL merger in 1970 and the first in the last 30 years. If he runs for 45 yards, he would break the record for the most by an undrafted rookie in Week 1. Either way, don´t expect much reaction from the former Illinois State standout. He´s the quietest guy in Jacksonville´s locker room and among the least talkative in years. “I feel good about him,” offensive coordinator Jay Gruden said. “I´m excited to watch him play and I know he´s excited. He won´t show it, though. I haven´t seen him smile but twice the whole time he´s been here. He´s a very focused guy and I think he´ll be ready. I know he´ll be ready.” Robinson became Jacksonville´s featured back over the last two weeks, getting to the top of the depth chart after the team waived three-year starter Leonard Fournette and then lost backups Ryquell Armstead (COVID-19) and Devine Ozigbo (hamstring). Truth is, the 5-foot-9, 220-pound Robinson looked as good, if not better, than any of them in training camp. His emergence was the main reason general manager Dave Caldwell and coach Doug Marrone believed they could seamlessly move on from Fournette, who had been a disappointment on and off the field for most of three seasons.