Four members of the same family died on Saturday morning when a fire erupted in a building located in Hijrat Colony area of Karachi. 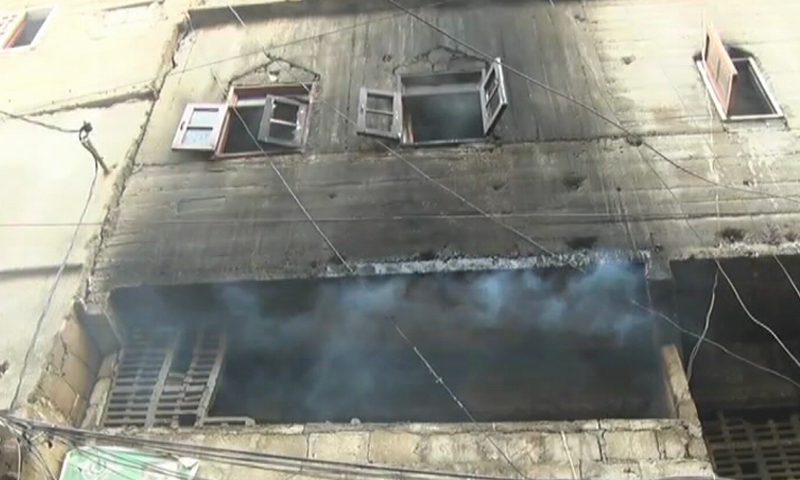 Rescue officials said the victims include two women, a girl and a youth. They belonged to the same family and were living on the first floor of the building.

One person suffered serious injuries when he jumped from the third floor of the building to save his life. He has been shifted to JPMC for medical purposes.

Area residents said the fire brigade arrived after a delay over half an hour due to which the smoke filled the entire building and the victims suffocated to death.

A policeman named Tauqeer is also among the injured. His wife and one-and-a-half-year-old daughter were among those who died in the fire, police added.

According to the fire brigade officials, there is also a hotel on the ground floor of the building. The fire broke out in the cushion factory on the first floor which spread from there to the entire building.

The fire has been contained and the cooling process is underway, officials added.