Azarenka stuns Serena to set up US Open final against Osaka 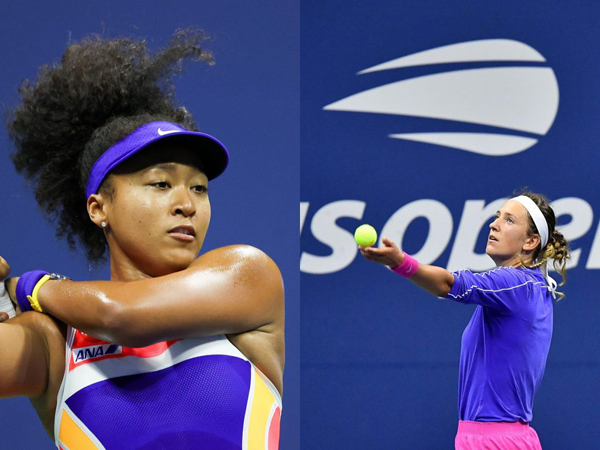 NEW YORK: Victoria Azarenka came from a set down to stun record-chasing Serena Williams on Thursday and set up a US Open final against Japan’s Naomi Osaka. Azarenka recovered from a 6-1 hammering in the first set to win the next two 6-3, 6-3 and schedule her first Grand Slam final appearance in seven years. The former world number one is enjoying a remarkable renaissance in New York that the Belarusian credits to finding humility, following several years disrupted by injury and a custody battle over her son. “I think when you’re coming up from kind of nothing, then you become a number one player in the world, sometimes you can start to think you’re invincible and that you’re better than everybody, and it’s not true,” Azarenka said. “So the ego starts to grow. It’s very hurtful when it gets damaged. Instead of getting the ego damaged, I tried to remove that and learn from my mistakes,” she added.

After a first set plagued by double faults and unforced errors, Azarenka turned the tide in the second, upping her service game and getting more returns in play as she began to dictate lengthy rallies. “I knew I needed to step up with my aggressivity, play a little smarter, play with a little bit more width of the court and bring the intensity up,” Azarenka explained. Two-time Grand Slam winner had never beaten Williams before in a Grand Slam. Her last appearance in a Grand Slam final came in the US Open in 2013 when Williams beat her.

Azarenka also suffered a heartbreaking loss to Williams in the 2012 US Open final, when she served for the match at 5-3 in the third set only to lose 7-5. Azarenka was determined that history would not repeat itself. Serving for the match, she hit a double fault before smashing her fastest serve of the night at 109 mph.

‘Responsibility’: When Williams then challenged and lost an ace that was called in on the next point, it was Azarenka’s match. “I’ve been there before. Today was gonna be different,” Azarenka said. Williams said she started the 1 hr 56min-match “really strong.” “(But) then she just kept fighting. She just changed and started playing better and better. Maybe I took a little too much off the gas pedal at some point,” the American added. The defeat ended Williams’ hopes of winning a record-equalling 24th singles Grand Slam at Flushing Meadows.

It has been more than three years since Williams won her 23rd singles tennis major title at the 2017 Australian Open. Azarenka’s last Slam title came at the 2013 Australian Open, when she retained the crown she had won a year earlier. The 31-year-old’s march to the US Open final comes after she claimed last month’s Western and Southern Open tune-up event in New York. Her recent rejuvenation has seen her rise to 27th in the world rankings.

Azarenka, who had a son in December 2016, will bid to become only the fourth woman to win a singles Grand Slam in the Open era after having children. She faces a formidable opponent in two-time Grand Slam winner and fourth seed Naomi Osaka, who defeated 28th seed Jennifer Brady 7-6 (7/1), 3-6, 6-3. Osaka, of Haitian and Japanese heritage, walked onto the court wearing a facemask emblazoned with the name of Philando Castile, a black man who was shot dead by a police officer during a traffic stop in Minnesota in 2016. The 2019 Australian Open champion says she is getting strength from wearing different masks honoring victims of racial injustice and police brutality throughout the tournament.