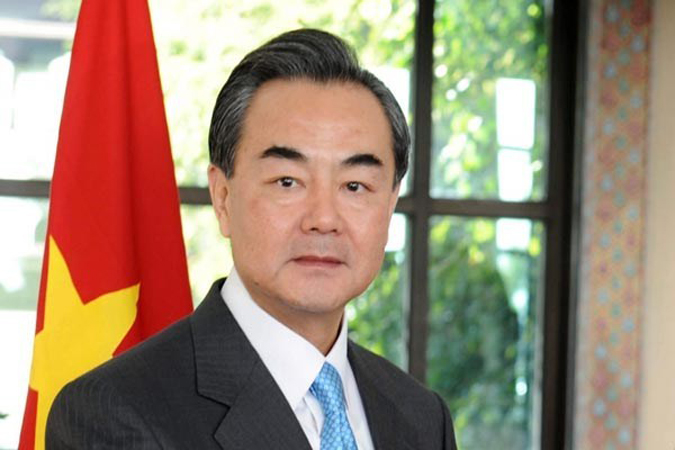 Wang said this during his meeting with Foreign Minister Shah Mahmood Qureshi on the sidelines of Shanghai Cooperation Organization (SCO) Council of Foreign Ministers Meeting held in Moscow.

China is willing to continue to provide Pakistan with anti-epidemic support until Pakistan completely overcomes Covid-19, Chinese Foreign Ministry Spokesperson Zhao Lijian said during his regular briefing while responding to a question. He said that both foreign ministers believed that in the context of rising unilateral bullying, the SCO FMs meeting had achieved positive results and sent out positive signals of upholding multi-lateralism, safeguarding authority of the United Nations (UN), international law, and jointly responding to various challenges. It has fulfilled international responsibilities that the SCO should bear.

Wang Yi emphasized that China would continue to provide Pakistan with anti-epidemic support until Pakistan completely overcomes the epidemic. China would continue to work with Pakistan in advancing the construction of the China-Pakistan Economic Corridor (CPEC) and cooperate in agricultural cooperation, which would deliver benefit to people, he said. “We believe that with the joint efforts of both sides, the corridor will play a greater role in Pakistan’s economic development and people’s welfare,” Wang Yi added, saying China will continue working with Pakistan, firmly supporting each other on international multilateral occasions to uphold international fairness and justice.

Wang Yi said, next year is as the 70th anniversary of the establishment of diplomatic relations between China and Pakistan. “We will build on our friendship, plan for the future, and make new progress in our bilateral relations.”

Foreign Minister Qureshi said that Pakistan and China have always trusted and supported each other. “Pakistan will continue to stand firmly with China and oppose any stigmatization and unreasonable accusations against it.” he said, adding that Pakistan is willing to work with China to advance the construction of the corridor, discuss poverty alleviation, cooperate in agriculture, and promote the continuous development of the all-weather strategic partnership.

Opposing attempts to link terrorism to any specific country, China commended Pakistan for making tremendous efforts and sacrifices in fighting terrorism and called upon the international community to fully recognize and respect such efforts. “Terrorism is common challenge faced by all countries and Pakistan has sacrificed much in the fight against terrorism. International community should fully recognize and respect Pakistan’s efforts in this regard” said by a spokesman of the Chinese Foreign Ministry, Zhao Lijian during his regular briefing.

He said that China opposed to all kind of terrorism added that all countries should engage themselves in anti-terrorism international cooperation to jointly safeguard the world peace and security on the bases of mutual respect, equality and mutual benefits.

The spokesperson said that 19th anniversary of the September 11 incident was being marked today which brought many challenges to the global security. He said that the Chinese side believed that the United Nations (UN) should play a leading role in this regard, adding, “We oppose double standards on counter terrorism and we oppose the attempt to link the terrorism to any specific country”.

He said that all countries should work together to prevent and fight terrorism and safeguard the world’s peace and stability. “So on this very special day, I would like to say that we hope the US won’t forget terrorism and COVID-19 are common enemies to all mankind and China and Pakistan are not the enemies of the US”, he added.