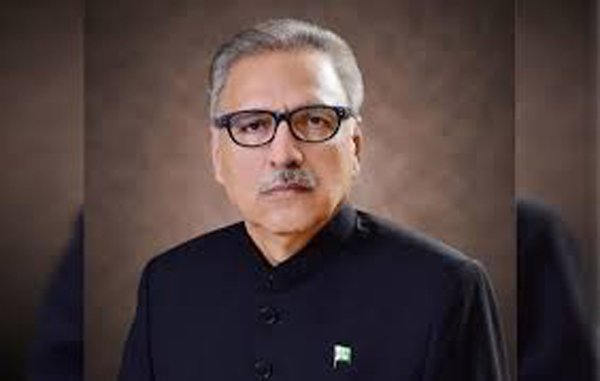 President Arif Alvi on Friday said the Karachi Transformation Package (KTP) would complete within the stipulated three years’ time with close cooperation and coordination between the federal and provincial governments.

“The people have doubts about such packages and I want the same to be efficiently and successfully dispelled,” President Alvi said while talking to media persons here on the premises of Mazar-e-Quaid after offering Fateha on the occasion of the Father of Nation’s death anniversary.

The president reiterated that both the federal and provincial governments had to come forward and work hard to ensure maximum cooperation.

He said if the needed level of cooperation and coordination were maintained between the two for three years there was no reason that the targets set under the Karachi Transformation Package were not achieved. “I have requested both the federal and provincial governments to maintain cooperation with utmost sincerity and through concerted effort s,” he said, adding the sincerity of intentions were key to success.

The president said, “The nation is ready to turn the vision of Quaid-e-Azam Mohammad Ali Jinnah’s vision for Pakistan into a reality.” He said the reason he was sounding confident about the fate of the people of Pakistan was the discipline that was registered among almost every section of the society during the recent wave of COVID-19. “It is no mean feat that Pakistan for the first time is being added in the list of the countries that are in leading position to guide nations in efficient handling of a global pandemic. “Our nation has shown an exemplary level of preparedness, which through proper guidance and leadership can be turned into a mindset prerequisite for development in its truest sense,” he said.

Citing the experience as a blessing of Allah Almighty, he said there were definite reasons for the same as not only the government literally attempted to support the poorest of the poor through programme like Ehsaas but philanthropists along with medical community came forward to brave the challenge. The role of religious scholars and media in raising public awareness and convincing the masses to follow the precautions was again an achievement, he added. “What the people needed right now was an efficient and sincere leadership, which I hope will be ensured by both the federal and provincial governments,” he said.

Meanwhile, President Dr Arif Alvi visited mausoleum of founder of Pakistan Quaid-e-Azam, Muhammad Ali Jinnah to pay homage to the great leader on his death anniversary here. President Alvi laid a floral wreath, offered Fateha, and paid rich tributes to the great leader in his remarks in the visitors’ book.

Accompanied with Governor Sindh Imran Ismail and Chief Minister Sindh Syed Murad Ali Shah, the president said they were here at the mausoleum of Quaid-e-Azam to pay tributes to him for his persistent struggle for a separate homeland for the people of Pakistan. He said “we all will work together for the development of Pakistan and Quaid-e-Azam’s city Karachi”.

President Dr. Arif Alvi rejected all misgivings about Karachi package and said he was confident that Rs 1100 billion Karachi Package would be fully completed through hard work. He said that he has requested to the Federal and Sindh governments, to continue this cooperation in the future to improve the situation of entire Sindh by working together to mitigate the sufferings of the countrymen.

President Dr. Arif Alvi said that the situation due to coronavirus has significantly improved in Pakistan and the country has contained it with the blessings of Allah Almighty as well as joint efforts and cooperation of all segments of the society.