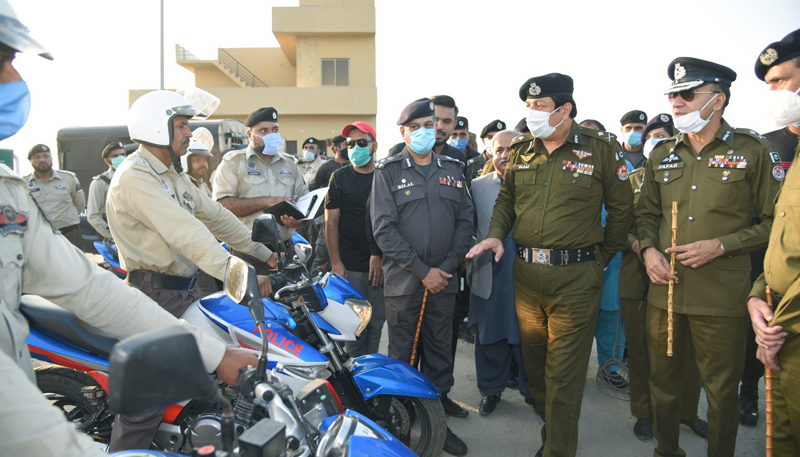 Inspector General of Punjab Police Inam Ghani has said that teams of Punjab Highway Patrol and Special Protection Unit have been deployed for security duties on Lahore-Sialkot Motorway for the protection, convenience and guidance of citizens.

He said that PHP and SPU teams would be patrolling 24 hours a day in three shifts which would ensure the safety of lives and property of the citizens while eradicating the activities of criminal elements. He directed Additional IGP PHP Captain (Retd) Zafar Iqbal Awan to conduct field visits to inspect and monitor the security arrangements of Lahore-Sialkot Motorway to improve the security arrangements under a comprehensive strategy.

He expressed these views while instructing the officers and talking to the media on the occasion of his visit to place incident, today on the deployment and launching patrolling of PHP and Special Protection Unit teams for security on Lahore-Sialkot Motorway. Additional IGP PHP Captain (Retd) Zafar Iqbal Awan, Additional IG IAB Azhar Hameed Khokhar, DIG Special Protection Unit Bilal Siddique Kamiana and other officers were present on the occasion.

Speaking on the occasion, Secretary Communications Zafar Hassan said that all possible resources would be provided for the safety and convenience of the citizens on the newly constructed motorway. During the discussion, IG Punjab said that on deputation from Punjab Police for security of Lahore-Sialkot Motorway, 100 personnel will be deployed to the Motorway Police while joint teams of SPU and PHP will be on patrol and security duties in three shifts and these measures are aimed at protecting the passengers traveling on the motorway from the activities of criminal elements.