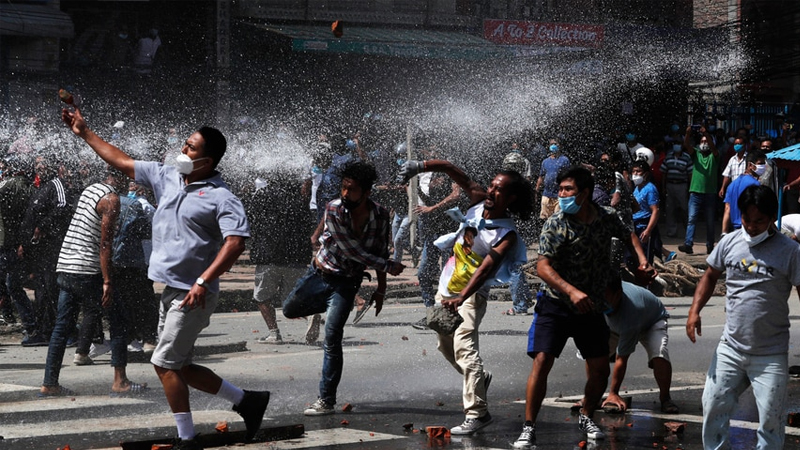 On a sunny June day in Nepal, hundreds of young people in face masks stood a meter apart behind the barbed-wire barricades and rows of riot police guarding the prime minister’s residence, shouting slogans demanding a better government response to the coronavirus pandemic.

In a rare show of young people humbling a powerful government to action in Asia, they got one.

But not before hundreds of protesters were doused with water cannons, some beaten with police batons and others detained. A charismatic young leader nearly died on hunger strike.

“Governments have mishandled the coronavirus situation in many countries but it was unique for youths in Nepal to come together for non-political peaceful protests to point out the wrongdoings, make them admit it and then correct it,” said Dinesh Prasain, sociologist at the the prestigious Tribhuvan University.

At the same time, thousands of Nepalese streamed back across the Indian border, but there were no quarantine centers or government assistance to help them reach home.

As Nepal’s caseload grew daily, Oli was publicly embroiled in a power struggle within the ruling party and a feud with India over disputed borderlands.

Top officials were accused of corruption in local media over the government’s purchases of medical equipment and supplies from abroad. Authorities failed to expand the country’s hospital bed count and quarantine and isolation facilities. They also began relying on cheaper, and less accurate, tests to determine the disease’s spread across the Himalayan nation.