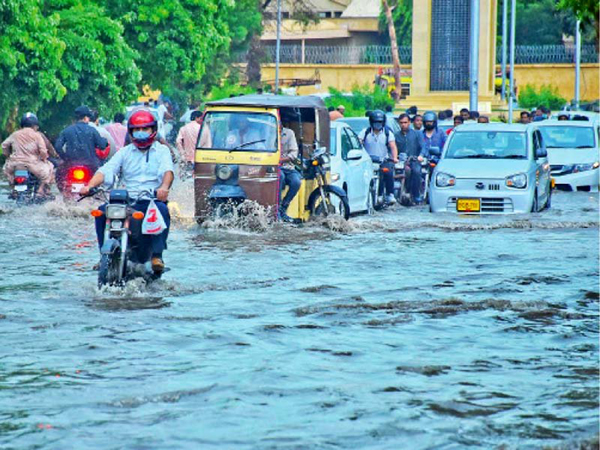 Karachi is the jugular vein of the country’s economy. Unfortunately, this city has not been owned by anyone as much as it should have been. This year has been full of unfortunate events and crises for humanity. The country had just started to recover from the economic downfall from the Covid 19 pandemic but suddenly the city of lights, Karachi, faces yet another challenge with?the streets and roads tormented and flooded with rainwater and toxic waste. It is quite shocking that even though, the policy makers in Sindh know that the city needs a proper sewerage and sanitation system, yet they have failed to resolve this recurring problem in Karachi. Every year we suffer through the same chaotic issue and witness the same old blame game between the political parties and the decision makers. Karachi has mostly been under the control of 2 major political parties in the region. Unfortunately both of them have failed to resolve this everlasting intricate issue. Seeing the workers of a political party use a broom, in the same way one uses a boat paddle in rowing a boat, to clean the flooded roads of Karachi, makes one laugh and sad, at the same time. The season of rain, especially in the province of Sindh, has always been a curse for the people in the region. Approaching the military for humanitarian assistance has become a norm and a tradition for the government institutions in Sindh. This whole fiasco proved to be quite a sad and a heart breaking moment for the nation. Now, identifying the problem is one core issue but we should strive for a robust solution that eradicates this problem from the root.

1. One of the main causes for such flooding is the enormous amount of garbage and trash that has been accumulated in the city over the years. It is worth mentioning that there are countries such as Sweden that are producing their electricity from waste material through an industrial process. This process is called as Waste-to-energy (WtE) or energy-from-waste (EfW) process. There have been many times when Chinese companies have offered their help. Chinese company Chengdu Xingrong Group had proposed to build a clean energy power plant to produce electricity by burning solid waste. Similarly, Chinese Firm Hong Zezou King Young has approached the Capital Development Authority (CDA) and the Islamabad Metropolitan Corporation (IMC) and offered to develop a plant, free of cost, to produce energy from solid waste generated in the capital.

3. Karachi has a huge and an enormous amount of industrial area. There should be a permit regarding the manufacturing time for these industries. The government can also apply taxes on the industries for the amount of toxic air that is being produced by those factories.

4. After addressing this we can further move on to the sewerage and sanitation system. The civil administration should take serious measures to improve the sanitation system and be prepared to tackle such crises, if they ever God forbid, occur again.

5. Last but not the least, policy makers should increase the pace of construction work of dams and other water storage capacities.

In a nutshell, cleaning of waste material either by foreign help or not, fixing the sanitation and sewerage system and by taking steps to limit the toxic air and water that is being released from industries and automobiles in the region will hopefully prove to be the antidote to this illness. During such sensitive times, we should all unite as a nation and not participate in the satanic act of blaming others for our own problems. We should thank and appreciate our armed forces and government institutions that are actively part of the humanitarian work in Karachi. Indulging in the practice of plantation and forestation will also be quite beneficial for this serious issue.

The writer can be reached at: mhamza252@hotmail.com