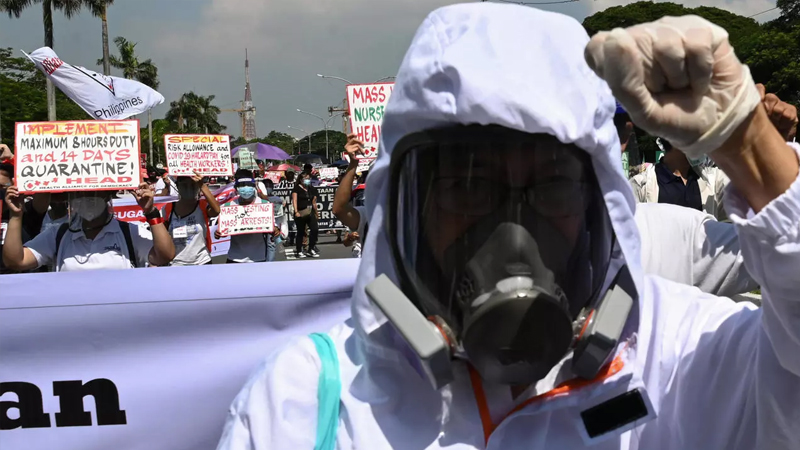 Posturing, repression and a distaste for facts: the world’s strongman regimes have dealt with the Covid pandemic in much the same way they deal with everything else, analysts say.

But the sometimes blatant disregard for the wellbeing of populations, coupled with sheer incompetence, has undermined whatever trust citizens have in such leaders, they say.

“They all have a similar type of leadership behaviour, a macho leadership,” said Uma Kambhampati, a development economist at Britain’s University of Reading.

“This kind of pandemic must be irritating the hell out of them.”

After a strong public presence early in the crisis, leaders like Narendra Modi, the prime minister of India, and Russian President Vladimir Putin are now avoiding the Covid limelight, she told AFP.

‘Can’t blame anybody else’

“In the initial stages they could blame others but now, six months down the line, they can’t blame anybody else,” she said.

“It’s not a comfortable position for them.”

One typical response has been to stifle criticism coming from health workers and other essential personnel, said Amnesty International, citing China, Russia, Malaysia and Pakistan as examples.

Amnesty cites the case in China of ophthalmologist Li Wenliang, who warned colleagues about Covid and was promptly sanctioned for “spreading rumours”.

In Egypt, authorities have used charges of “spreading false news” and “terrorism” to arrest, between March and June, at least nine doctors and pharmacists for speaking out, according to Amnesty.

The same charges were brought against Mohamed Mounir, a 65-year old journalist working for Al Jazeera, who died of Covid in prison in July.

In Pakistan, police broke up a protest by doctors against their working conditions and lack of equipment, ploughing into the crowd with batons and arresting dozens, Amnesty said.

“Authoritarian countries have a very particular pattern that was reinforced by the pandemic,” said Benno Zogg, a senior researcher at the Center for Security Studies in Switzerland.

“They want to give the image of being strong, that was true for Russia and China, to show that authoritarian regimes are better able to manage such a crisis than democratic ones,” he told AFP.