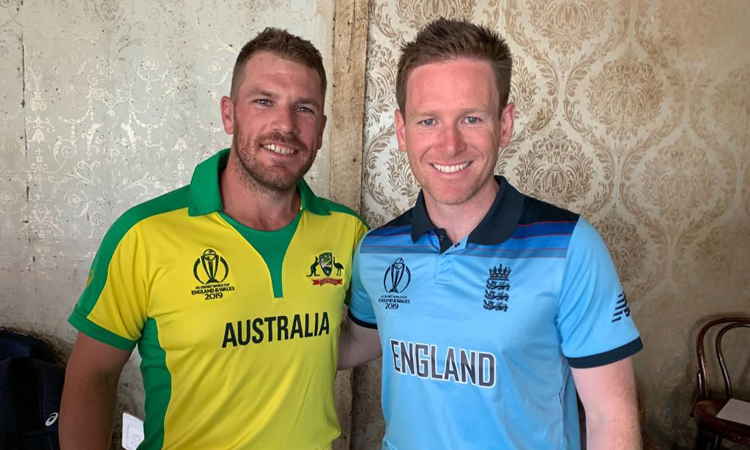 MANCHESTER: It is a long time since these two teams had contrasting finishes to their 2019 World Cup campaigns, but through a combination of firstly scheduling priorities then the impacts of Covid-19 the beginning of the next four-year ODI cycle has been a stop-start affair. There remain a lot of questions about how much cricket there will be over the next six months or so, but minds are now firmly turning to the road ahead towards the 2023 World Cup in India. The World Cup Super League has added a new slant to ODIs (and these are Australia’s first matches) with important qualification points on the line in each outing – although quite whether that is resonating with the players from the ‘major’ nations remains to be seen. There are no dead matches in series with Super League points on offer, so rest, rotation and experimentation comes with more risk.

It is Australia who have more to figure out in the run to the next World Cup. While their T20 game has improved (the recent series defeat notwithstanding) their ODI game remains uncertain. Though they reached the semi-finals last year their team came together at the last minute with the return of David Warner and Steven Smith plus a bowling attack that found its stride until being shredded by England at Edgbaston. In the seven ODIs since then they have won just two and were beaten 3-0 in South Africa earlier this year. The components of a strong side are there: a formidable top order, now also featuring Marnus Labuschagne, and a bowling attack that has most bases covered. However, as with the T20 unit it’s the middle order that may define the way this team goes. At the moment it feels like they still back the more traditional route of building an innings through the top four, but that needs batsmen lower down who can kick on. That is likely to come from a combination of Glenn Maxwell, Matthew Wade, Mitchell Marsh, Alex Carey and Marcus Stoinis.

For England, barring the absence of Ben Stokes, this will be the strongest ODI side they have fielded since that final at Lord’s. They have played just six further matches up to now – sharing a series 1-1 in South Africa and winning 2-1 against Ireland. Assuming he is cleared to return to the bubble, Jos Buttler will play his first ODI since the World Cup final along with Jofra Archer and Mark Wood, if both quicks are selected. The early signs are that England do not intend to change much about the style of one-day cricket which carried them to the summit.

Last time England faced Australia in an ODI, Jason Roy flayed the bowling to all parts of the ground with a thrilling 85 off 65 balls. His overall numbers against them are also impressive with an average of 49.64 and three hundreds, including England’s record individual innings of 180 made at the MCG in 2018. Australia extracted some revenge as they worked out Roy during the Ashes, in all likelihood ending his brief Test career, and in his last five ODI innings he has a top score of 32 following a lean series against Ireland earlier this season. A side strain kept him out of the recent T20s and he’ll be eager to restamp his authority at the top of the innings. It’s a place where England aren’t short of options.

This time last year, Marnus Labuschagne was leaving his imprint on the Ashes after he was parachuted in as a concussion substitute. Since then he has gone from strength to strength and it will surprise very few people that he has made an impressive start to his ODI career with a maiden century against South Africa, followed by another half-century against New Zealand in the last match before lockdown. Perhaps the one question that needs to be answered is whether the three-four combo of Smith and Labuschagne – two batsmen who play at a similar pace – can change gears when an innings needs it. Late-overs hitting is an area Labuschagne has pinpointed as an area for his development and given the way he played in his warm-up T20 hundred few would bet against him working it out.

Roy is fit to resume his spot at the top of the order and Joe Root will slot in at No. 3 having been moved aside from the T20 set-up. Eoin Morgan sat out the last T20 after dislocating his finger while Stokes’ absence leaves a middle-order spot. Sam Billings should have done enough against Ireland to keep that place. Against a side that can struggle against spin, it is likely Moeen Ali will play alongside Adil Rashid. The trio of Chris Woakes, Mark Wood and Jofra Archer would be the first-choice quicks although the Curran brothers offer variation.

Most interest with the Australians will be the combination they go for at No. 5 and 6. Alex Carey was left out of the final T20 but is set to keep his place in the one-day side, while Mitchell Marsh had an impact a couple of days ago which was talked up by Aaron Finch. Another option is to also bring back Maxwell in place of a spinner and ask him to share the fifth-bowling option with Marsh and Labuschagne.