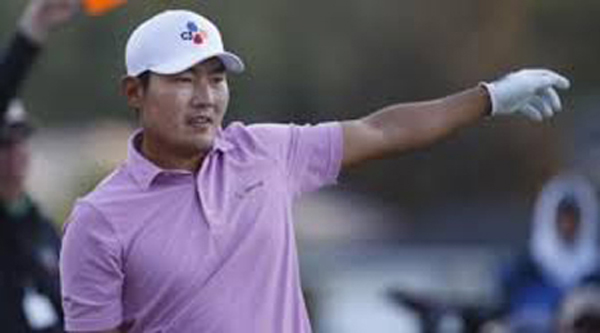 RANCHO MIRAGE: Eight of the world’s top 10 women’s golfers will compete in this week’s ANA Inspiration, with the player who keeps her cool amid the searing heat in California likely to walk away with the trophy in the season’s second major championship. A brutal heatwave is set to sweep through the Mission Hills Country Club in Rancho Mirage with temperatures expected to soar as high as 45 degrees Celsius this weekend. The Ladies Professional Golf Association (LPGA) has allowed caddies to use carts but world number two Danielle Kang said she would prefer walking alongside her caddie and maintain their on-course routine when the tournament begins on Thursday. “We’re going to do what we normally do, what we’ve been doing for as long as I’ve known, which is to walk,” Kang told a virtual news conference. In the absence of defending champion and world number one Ko Jin-young – who chose not to play due to travel concerns – all eyes will be on Kang, who is chasing her second major title in her home state. Since the tour’s resumption following the COVID-19 shutdown, Kang has won the Drive On Championship and the Marathon Classic before finishing tied-32nd at the women’s British Open – the year’s first major played inside a bio-secure bubble.

World number three Nelly Korda comes into the tournament after a tied-third finish at last month’s Walmart NW Arkansas Championship and she will be chasing her fourth LPGA title. “I remember when I was here during Q-school, and it’s kind of rough around this time of year, especially in the desert, but they’ve done a really good job this year,” Korda said. “The greens are really pure, and the rough is really thick around the greens.” Also in contention is American Austin Ernst, who earned her second career LPGA win at Arkansas. “There wasn’t a lot of time for reflection, it was more getting to enjoy the win which was nice,” Ernst said. “Now I can focus on this week. It was great to get the week off to actually celebrate the win and not feel like I have to immediately prepare for an event.” England’s Charley Hull will not be present after she withdrew on Tuesday due to a positive COVID-19 test.