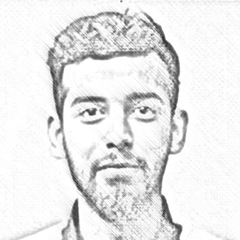 The Great fire of Rome proved that imbecility of an individual who is in charge can decimate lands for pursuance of his pleasure. India’s BJP is on spree of axing the peace of South Asian region. After the constitutional genocide of Kashmiris, it is now envisaging to change the Kashmir’s culture altogether by putting off 131 years of lingual reign of Urdu as an official language.

Language is said to be the cornerstone of any culture. Through it one civilization and culture communicate with itself and the others. It is what keeps them alive. Hence, it is one the reasons that for any culture to be imposed on a certain group of people, they are first exposed to the language of that particular culture. Language is an art and there is nothing wrong in learning and studying a new language academically and for knowledgebut when it is imposed arbitrarily and with force in order to secure political objectives then there actually is a problem. Robert Phillipson puts across the same idea as all kinds of imperialism are preceded by linguistic imperialism.

The Universal Declaration of Linguistic Rights, 1996 entitles every human being to speak and pursue the language he or she chooses yet the Hindu Raj continues to enforce the language as it has done in pre-independence era. Changing the status of language is not a small act that can be ignored. Historically, the Hindu-Urdu controversy was among the first things on the list that ignited the disparities among Muslims and Hindus of the sub-continent.

For past 131 years Urdu has been official language of Indian Occupied Kashmir. Under the Jammu and Kashmir Re-Organization Act of India, it is the sole authority of Jammu and Kashmir Legislative assembly to decide the official language. Nevertheless, BJP has not any affinity to going by the constitution, so it did the same here as well. After tearing the Indian democracy, Mr. Modi and his entourage of BJP is on imposing cultural imperialism on Kashmir.

In pursuance of this objective on September 2, the Union Cabinet approved the Jammu and Kashmir Official Languages Bill, 2020. Under this act three languages are added into the directory of official languages of Occupied Kashmir i.e. Kashmiri, Hindi and Dogri ending the 131 years of Urdu’s status of the official language.

There exist the closest of the links between language, dominance and cultural power. Without a strong power-base no language can progress as the medium of official communication. We have seen English language in this regard. Since, the Hindi is the language of the ones in power, and Urdu of the powerless, the future of the later one does not appear to be bright.

This is the just another step towards cultural colonialism which BJP and Modi areplanning to impose and vilify the identity of Kashmir. The cornerstone has been set and the next stop would be massive cultural changes to re-design the discourse of Kashmir.In this regard the next step would be construction of Hindu temples and infrastructure nor to forget that in order to alter the demography mass migration of Hindus was already done. Ripping apart every existing value of democracy, Modi is hell-bent to push Kashmiri Muslim to a level where they cease to exist. This peculiar act is also done in his animosity towards Muslims.

The decision might appear to be trivial at this stage, but keeping in view how language, culture and thoughts work, the consequences can be drastic. According to the science of language and Sapir-Whorf hypothesis, the language you speak, shapes your world view. The speakers of a particular language dissect the world on the lines of their language. This means that the results of cultural genocide might not appear now, but after a generation or two, if Hindi language is imposed and accepted by the masses, the cultural associated with Urdu will be no more than an artifact. Once, people start speaking the Hindi language, a cultural shift will begin to appear. This may be the reason, why after so many years of subjugation, the Muslims of Indian Occupied Kashmir held onto Urdu language, because it could have been perceived as their link to the Muslim culture.

Urdu language is widely spoken in Sub-continent and in India it is attributed to Muslims mainly. Brick by brick Modi on his un-holy voyage is determined to scrap Muslim identity. In order to do that inoculation of lingual nationalism was necessary. However, this won’t stop the struggle of Kashmir cause. The global moral regression when it comes to Muslims is prominent either its Palestine or Kashmir. Global institutes and states need to rebuke BJP’s ambition before there is nothing to remorse but a global misery to handle.