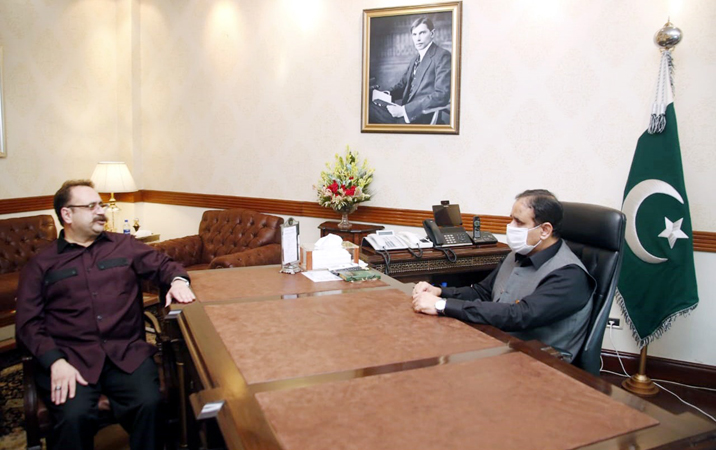 The new local government system will empower the people in the real sense and a new era of composite development will begin, said Chief Minister Sardar Usman Buzdar while presiding over a meeting.

The chief minister said the government will take the development process to the doorsteps of the people by transforming local bodies institutions. He said that local bodies had failed to resolve public problems in the past while the new local bodies system is in accordance with the public needs and authority will be devolved at grassroots in the real sense. The CM reiterated that local bodies’ representatives will be empowered and the new system will bring an end to the status quo. It will empower the citizens and public problems will be solved at the grassroots, he said.

The CM directed that local bodies should show no negligence in fulfilling their fundamental duties and cleaning process should be ensured. The streets and commercial areas should be kept neat and clean, he said. He added most modern machinery is being provided to the local bodies for cleanliness and made it clear that no negligence will be tolerated in the cleanliness of drains for draining out rainwater.

Meanwhile, Punjab Board of Investment & Trade (PBIT) Chairman Sardar Tanvir Ilyas called on Chief Minister Sardar Usman Buzdar at his office and apprised him about investment-related activities. Talking on the occasion, the CM stated that Punjab has emerged as the best province for investment and investors are provided facilities under one roof through the one-window operation. No investment-related file will be delayed nor anyone will be allowed to create hurdles in the process of boosting investment, he emphasised. A wonderful package has been chalked out for the construction sector by the Punjab government, he said. One window policy has been introduced for getting NOCs relating to the construction sector. The approval of maps and construction-related NOCs is made possible through e-khidmat centres, he stated.

The people are saved from the hassle of visiting offices and a time-frame has also been fixed for the issuance of NOCs. The approval of maps for the construction of residential or commercial buildings will be done in 30 days while NOC of commercialization conversion will be given in 45 days. Similarly, approval of new housing schemes will be given through development authorities and TMAs in 60 days and 75 days respectively. He regretted that people had to visit offices for months in the past for these services.

The CM said the quality of life is being improved through e-governance culture and ease of doing business has been formulated for investors and the general public. It is sanguine that an outdated system has been made easy through the latest technology, he said. The billions of rupees will be invested through Ravi Riverfront Urban Project which will prove a game-changer initiative. On the other side, 13 special economic zones are being established for investors and the investment will create new job opportunities, concluded the CM.

Separately, Chief Minister Sardar Usman Buzdar visited the residence of senior journalist Mohsin Goraya and condoled with him over the death of his father Ch. Faqir Goraya. He offered fateha for the departed soul and prayed that may Allah Almighty rest the departed soul in eternal peace.