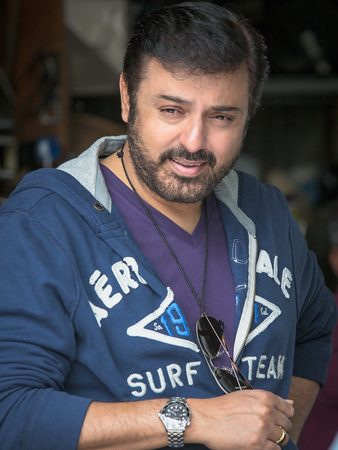 Pakistani actor Noman Ijaz has wreaked havoc on social media after making startling claims about cheating on his wife regularly.

During an interview on Say it All with Iffat Omar, the Jackson Heights actor spoke about love and betrayal and confessed that his wife is oblivious about him cheating on her.

“I fall in love with those girls who are beautiful from inside and outside,” he says in the clip circulating on social media.

“I am such an intelligent man and actor that my wife never finds out about these things. Husbands of the women I date don’t find out either and the feelings between the women and I are mostly reciprocated,” he said.

Hearing the jaw-dropping admission from the actor, the host responds saying: “I need to learn a few things from you I guess.” Social media users were quick to lash out at the veteran actor over the contentious statement given by him, in light of him previous controversial remarks about the #MeToo movement.

Earlier, Ijaz had given his two cents about the global movement against sexual harassment, saying: “The #MeToo movement is happening just because people are getting detached from religion.”

Twitter was up in arms against the actor, as users bashed him for his hypocrisy, misogyny and for depicting the perverse nature of men in the country.

Activist and journalist Nayab Gohar Jan tweeted: “Noman Ijaz has only exposed the thinking espoused by a large majority- men don’t see anything ‘fahaash’ or vulgar in cheating on their wives, but as soon as outspoken women talk about their rights, it automatically becomes against cultural values. Mental perversion at its peak.”

Pakistan People’s Party leader Sharmila Faruqi also condemned the actor’s comments, as she tweeted: “This is not only crass but very demeaning for his wife, Noman ijaz is a very senior accomplished actor, this coming from him as something to be proud of is sad.” 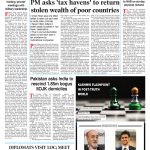