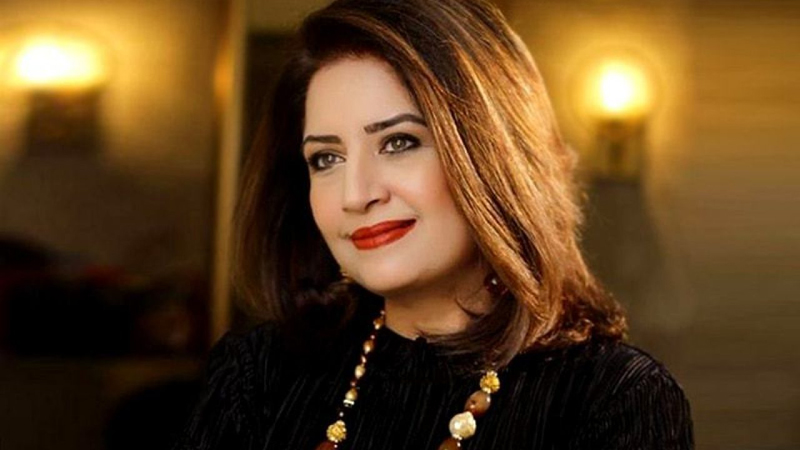 Actress Atiqa Odho came forward to support her colleague Nauman Ijaz after he came under fire due to his statement about cheating on his wife.

Taking to Facebook, Atiqa Odho penned down a note and called it an “infidelity joke”.

She wrote, “My dear friend Noman Ijaz, you really know how to get people’s attention! Trust you to joke about infidelity and people start to take it all so seriously.”

She also said: “Great way to get their attention. Hats off to my buddy Rabia for also laughing it off knowing her husband loves to poke people’s imagination. You are so naughty and entertaining. Never a dull moment on and off-screen.” Atiqa also stated that people should be ashamed of their judgments and ‘petty mindsets’.

“Anyway, just keep smiling and exposing other petty mindedness. Shame that they can so quickly judge you on a light-hearted moment on camera and disregard your years of service in the entertainment industry.

Look ahead my friend and continue on your path of success as always. Stay blessed,”.

TV star Nauman Ijaz has come under fire after his interview that he cheats on his wife has gone viral on social media.

Huge criticism is pouring in on social media to condemn the statement of the actor while “Me Too” has become top trend on Twitter.

“I cheat on my wife and she does not know about it,” the actor said in an interview conducted by known actress Iffat Omar. The interview is almost a year old but it has gone viral now on social media, triggering a new debate. He also said that he knew the art of keeping secrets even with the wives of other people.

“The men of other women do not know what they are doing and an artist can do it easily,” said the actor. The interviewer expressed surprise over his statement, laughing that she also needed to learn something from him.

There is no response yet from the actor but the fans and followers are making different comments on his statement in the interview.