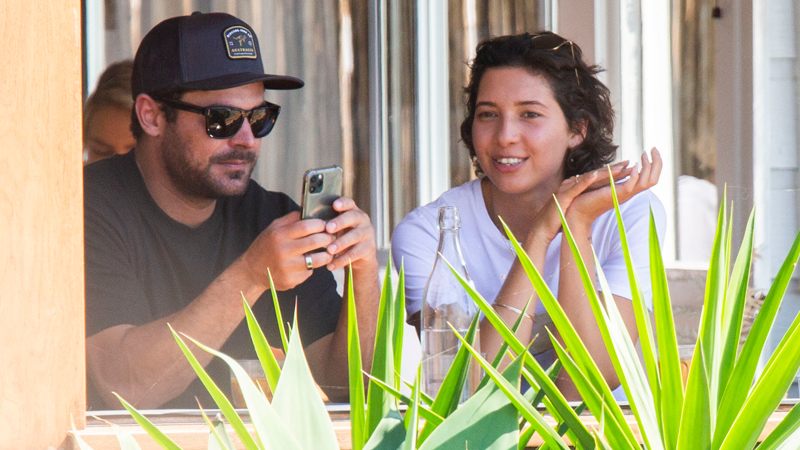 It looks like there is a new Vanessa in Zac Efron’s life. Nearly a decade since the actor and his famous ex-girlfriend Vanessa Hudgens called it quits, Efron has stepped out hand-in-hand with Australian model Vanessa Valladares. According to photos taken on Sept. 4, the two held hands as cameras captured them out grabbing lunch in Byron Bay, Australia. Naturally, the public display of affection has sparked romance speculation around the Beach Bum actor and Valladares.

According to a source, the pair’s romance is “relatively new.”

“He started seeing her in July and they have been together ever since,” the insider shares with E! News. “She spends the night at his rental house all the time. They have fun together and hang out a lot. He loves the area and the lifestyle and she has shown him a lot of great places. He’s in a good place and happy down under.”

Additionally, the source says Efron is “looking to buy” his own pad in Australia and Valladeres is helping him house hunt.

Keeping matters mysterious, neither have spoken publicly about the other and they don’t currently follow each other on Instagram. Still, thanks to recent sightings of them together, including brunch on Sept. 5, the photos can do all the talking. Meanwhile, Efron’s professional life has not slowed down amid the coronavirus pandemic.

The actor, who starred as himself in Netflix’s globe-trotting series, Down to Earth, has also been confirmed as one of the leads in Disney+’s upcoming remake of Three Men and a Baby.

While Efron has been keeping a low profile on social media as of late, he did give fans a look at what he was up to recently when he uploaded a scenic beach shot on Sept. 5. Though Valladares didn’t appear in the photo, fans now know they saw each other on more than one occasion over the weekend.