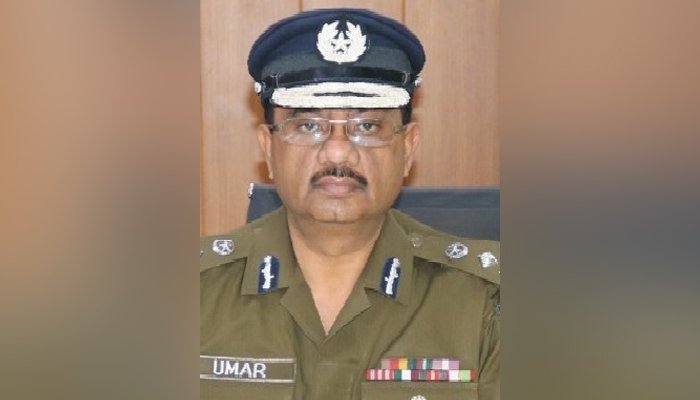 Lahore CCPO Umar Sheikh, who has been tasked to probe the rape of a woman on the motorway, has started his investigation by questioning the choices of the rape survivor, saying the woman should have taken a different route –a less deserted one– and checked her petrol tank before embarking on her journey.

Talking to Dunya News on the matter, Sheikh said that the woman had left Lahore’s Defence area at 12:30am for Gujranwala.

“I am surprised that a mother of three, a lone driver […] after leaving Defence should have taken the straight route from GT Road — a generally well-populated area,” he said.

Two “robbers” allegedly raped the woman at gunpoint in Gujjarpura area on Wednesday while she was waiting for help on the motorway after her car developed a fault.

While authorities sleep amidst this crime, a woman becomes a target of the cruelest form of brutality known to mankind. It just proves that no one is safe, regardless of their age, gender or caste.

A police official said as the woman crossed the toll plaza on the Lahore-Sialkot motorway, her car stalled either due to shortage of petrol or some fault.

Meanwhile, she got a call from a relative of Gujranwala, who asked her to call the police helpline for help, Motorway Police could not help her because no had been assigned to the beat as yet. while he also left from home to reach her. When he reached the location, he found the woman terrified with her clothes stained with blood.

The social media users flew into a rage and demanded CCPO Lahore resignation along with severe punishment for the culprits involved in the disturbing Motorway incident – that has jolted Pakistan and has raised serious questions on the law and order situation on the highway.

Gender sensitivity trainings must be a part of their course and those who fail must never be appointed as #CCPO https://t.co/hZt9KeoAFv

The CCPO should be the first one to go. Needs to be sacked immediately for his callous attitude towards a brutal crime. FFS how is the police supposed to solve the case if they think the victim was almost asking for it! https://t.co/DcRSr4uCZe

The CCPO should be the first one to go. Needs to be sacked immediately for his callous attitude towards a brutal crime. FFS how is the police supposed to solve the case if they think the victim was almost asking for it! https://t.co/DcRSr4uCZe

CCPO Umar Sheikh should be sacked immediately. Women across the country must raise their voices against him. We dont need rape apologists in positions tasked with protecting the public. https://t.co/1XGveArrLV

This is CCPO Umar Sheikh of the esteemed Punjab Police, for whom one IG has already been let go. This victim blamer is supposed to protect us? pic.twitter.com/yoeZc7kBI0

For an officer to effectively blame a woman for being gang raped by saying she should have taken the GT Road or question as to why she went out in the night with her children is unacceptable & have taken up this issue. Nothing can ever rationalise the crime of rape. That’s it.