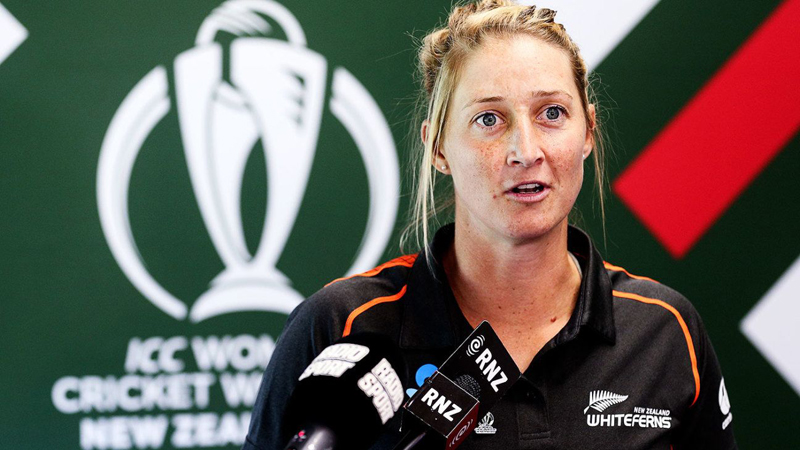 WELLINGTON: New Zealand women’s cricket captain Sophie Devine says the team’s two-week Covid-19 isolation in Brisbane will give them some rare time together to prepare ahead of their limited overs series with Australia later this month. The sides play three Twenty20 internationals, starting on September 26, before three one-day matches from October 3 at Allan Border Field in Brisbane. It will be the first matches either side have played since the Twenty20 World Cup ended in early March.
“It’s one of the silver linings of this trip,” Devine said at a virtually deserted Auckland airport on Wednesday as the team left for Australia. “It’s not very often that we get to go on an overseas tour and have two weeks preparation leading into the first game. It’s normally a week. “We also have a wider group as well. We get 17 players together so we’re really looking forward to the opportunity.” The ‘Black Ferns’ will spend two weeks in isolation in Brisbane but would be able to train together within their bio-secure bubble, she said. Australia are the reigning World Twenty20 champions and have held the Rose Bowl, the symbol of trans-Tasman supremacy in women’s one-day cricket, since 2000. “It’s always a tough battle against Australia,” she said.

“But we have had similar buildups. We’ve been in lockdown, even if it has been in slightly different circumstances either side of the Tasman (Sea). “None of us have played cricket for a while so it’s a really exciting opportunity to go hard at them … and maybe we can pinch the Rose Bowl back.”