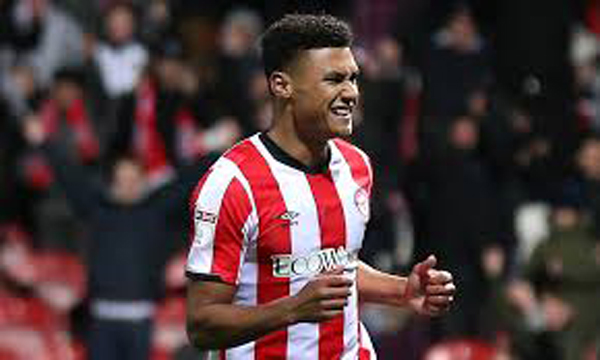 LONDON: Aston Villa have signed striker Ollie Watkins from Championship side Brentford on a five-year deal, the Premier League club said on Wednesday. Financial details of the deal were not disclosed but British media reported Villa paid a club record fee of 28 million pounds (US$36.2 million) plus a potential 5 million pounds in add-ons. It eclipses the 22 million pounds Villa spent to sign striker Wesley Moraes from Club Brugge last year. Watkins, 24, was an influential player for Brentford last season, scoring 26 league goals as they missed out on top-flight promotion after losing to Fulham in the Championship playoff final. Villa, who avoided Premier League relegation on the final day of last season, have been determined to improve attacking options and were also linked with striker Callum Wilson before he completed a switch from Bournemouth to Newcastle United. Watkins will be reunited with Villa manager Dean Smith, who signed the English forward when he was Brentford manager from Exeter City in July 2017. “Ollie has developed into one of the most sought-after strikers in the country and we are looking forward to seeing him show his great qualities in an Aston Villa shirt,” Smith said in a statement. “He is a hugely determined character who has both the ability and personality to succeed at the highest level.”