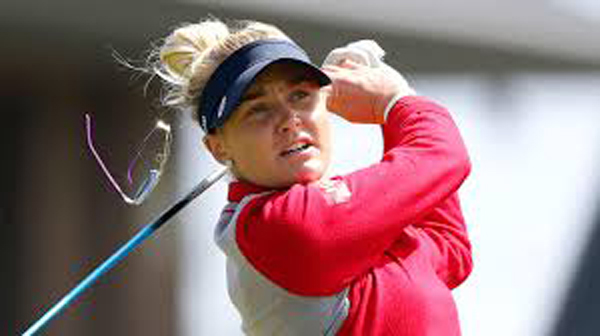 LOS ANGELES: England’s Charley Hull withdrew from this week’s rescheduled LPGA ANA Inspiration golf major in California on Tuesday after testing positive for COVID-19. Hull, the world number 28, said she had pulled out of the second women’s major of the year after learning of the positive test early Tuesday. “As part of the LPGA TOUR’s Covid-19 testing process, I was informed this morning that I tested positive for Covid-19 and I have withdrawn from the ANA Inspiration,” Hull said on Twitter. “I didn’t feel great yesterday but I put it down to jet lag, the heat and my asthma playing up. I now realise I have some mild symptoms which feel similar to having a cold and I am self-isolating and working with Tour on contact tracing. I am very disappointed to have to withdraw from what is one of my favourite events of the year but wish everyone the best of luck at this week’s tournament and look forward to when I can return to playing on Tour.” The 24-year-old has a solid record in the ANA Inspiration, posting three top 10 finishes in the event since 2014. The tournament at the Mission Hills Country Club in Rancho Mirage tees off on Thursday. The tournament is usually in late March/early April but was rescheduled to September this year due to the coronavirus pandemic.