* NAB chairman orders completion of all complaint verifications, inquiries and investigations within prescribed timeframe as per law 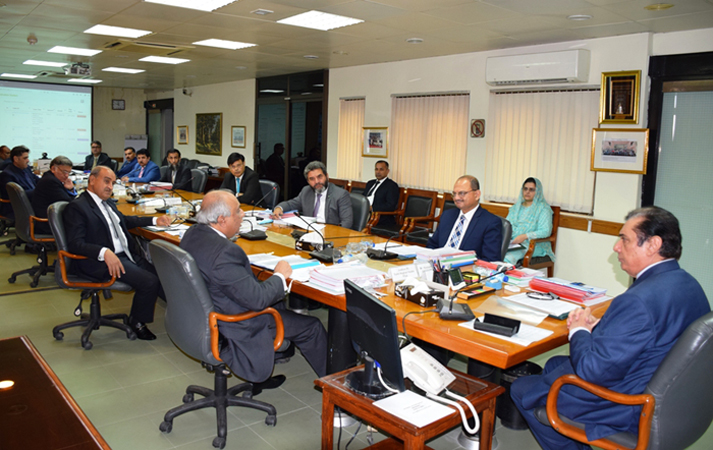 According to the press release, there are six separate inquiries into the Billion-Tree Tsunami project. The move came following a meeting presided over by the anti-graft watchdog’s chairperson, Justice (r) Javed Iqbal, with the deputy chairperson, prosecutor-general for accountability, director-general for operations, and other top officials in attendance.

Additionally, the meeting approved 12 other inquiries and seven investigations, the statement said. The EBM authorized filing of a corruption reference against Asim Murtaza Khan, former Director/Chief Executive Officer/Member Board of Directors, Pakistan Petroleum Limited (PPL) and others. The accused has allegedly been awarded oil and gas contracts to Ms Moranoftodo, which caused heavy losses to national exchequer.

Justice (r) Javed Iqbal said that NAB is making serious efforts to eradicate corruption with the realisation to make the country corruption free. He said that NAB’s topmost priority is to take mega corruption cases to logical conclusion. He said that NAB has recovered record Rs 468 billion directly and indirectly from corrupt elements since its inception and deposited the amount into national exchequer.

The performance of NAB has been appreciated by reputed national and International organizations, which is an honor for NAB. The bureau has affiliations with only the state of Pakistan. He said NAB is utilizing all possible resources to recover the looted amount from corrupt elements. Measures are being taken to arrest proclaimed offenders as per law of the land so that the corrupt elements could be pushed to the dock. Law will make its course.

Chairman NAB directed all regional bureaus of NAB to conduct all complaint verifications, inquiries and investigations within the prescribed timeframe as per law. He directed investigation officers and prosecutors to pursue the cases in accountability courts after complete preparation on the basis of solid evidence as per law, so that the corrupt elements could be brought to justice as per law.

“It is a years-long considered policy of NAB to provide details of the Executive Board Meeting to the people, which does not aim to hurt the feelings of anyone. All inquiries, investigations are started on the basis of alleged allegations which are not final. NAB decides to proceed ahead after getting the point of view of all accused as per law in order to meet the ends of justice,” the statement concluded.