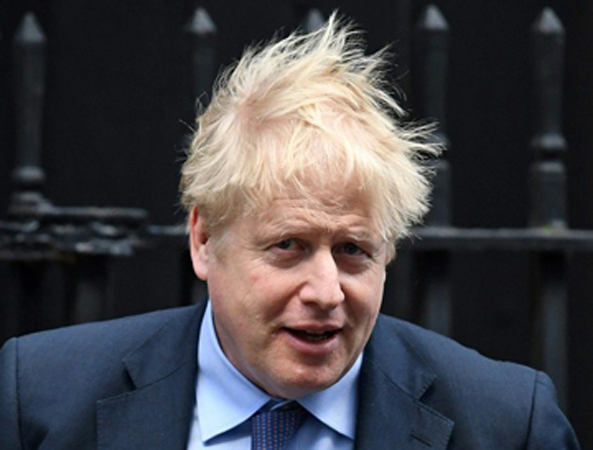 British Prime Minister Boris Johnson was accused Wednesday of presiding over a “rogue state” as his government introduced legislation that intentionally breaches its EU withdrawal treaty in the messy countdown to a full Brexit divorce.

Brussels demanded emergency talks to address the bill, which governs post-Brexit trade in Britain and Northern Ireland, and Johnson was set to brief Ireland’s leader to explain the extraordinary turn of events.

In a bad-tempered exchange in parliament with Scottish nationalist MP Ian Blackford, Johnson insisted the bill was about “protecting jobs, protecting growth, ensuring the fluidity and safety of our UK internal market”.

“My job is to uphold the integrity of the UK but also to protect the Northern Ireland peace process and the Good Friday Agreement,” he added, calling the new bill a “legal safety net” if the EU makes an “irrational interpretation” of post-Brexit arrangements. The government maintains its new UK Internal Market Bill is needed to smooth trade between England, Scotland, Wales and Northern Ireland, helping power a recovery from the coronavirus pandemic once a post-Brexit transition ends this year.

But under its EU Withdrawal Treaty, Britain is meant to liaise with Brussels on any arrangements for Northern Ireland, which saw three decades of bloodshed until the 1998 Good Friday Agreement, and will become the UK’s only land border with the EU. Blackford gave a withering assessment after Northern Ireland Secretary Brandon Lewis had conceded the changes do “break international law in a very specific and limited way”.

“The prime minister and his friends, a parcel of rogues, are creating a rogue state,” the Scottish MP said.

Asked why the British public at large should respect any laws now, Johnson said: “We expect everybody in this country to obey the law.”

Lewis’s admission Tuesday provoked incredulity across the political spectrum, just as British and EU negotiators are engaged this week in fraught talks to agree a new trading relationship ahead of a crunch EU summit in mid-October.

The government has struggled to explain why it has only now discovered problems with the EU treaty’s provisions for Northern Ireland, nine months after Johnson triumphantly signed the document and said it set Britain on the path to a sovereign new future.

A protocol of the Withdrawal Agreement means Northern Ireland will continue to follow some of the 27-nation EU’s rules, to ensure its border with the Republic of Ireland remains open as required by the Good Friday Agreement.

The new bill seeks to give British ministers veto power over trading provisions for the four “home nations” including Northern Ireland, regardless of any objections from Brussels. Recalling the high political drama that felled the previous British prime minister, Johnson’s spokesman said the EU treaty was agreed “at pace in the most challenging possible political circumstances”.

It was drafted “on the assumption that further clarity could be achieved” in a UK-EU Joint Committee, he told reporters. “That may still be possible. But we cannot allow damaging default provisions to kick in if we can’t agree.”

The government in Germany, the EU’s biggest economy and current holder of the rotating EU presidency, said it expected Britain to “fully implement” the Brexit deal.

Welcoming Sefcovic’s call for an emergency meeting, Johnson’s spokesman said “we will be agreeing a date as soon as we can”, and also confirmed talks later Wednesday between the prime minister and Irish Taoiseach Micheal Martin.

But he said it had “backfired”, given the scale of angry reactions in Northern Ireland, the EU and also among some Democratic politicians in the United States.

Pressure built in the Conservative government’s own ranks including from Tobias Ellwood, who chairs the House of Commons defence committee.

“How can we look at countries such as China in the eye and complain about them breaching international obligations over Hong Kong, or indeed Russia over ballistic missiles, or indeed Iran over the nuclear deal, if we go down this road?” he said.