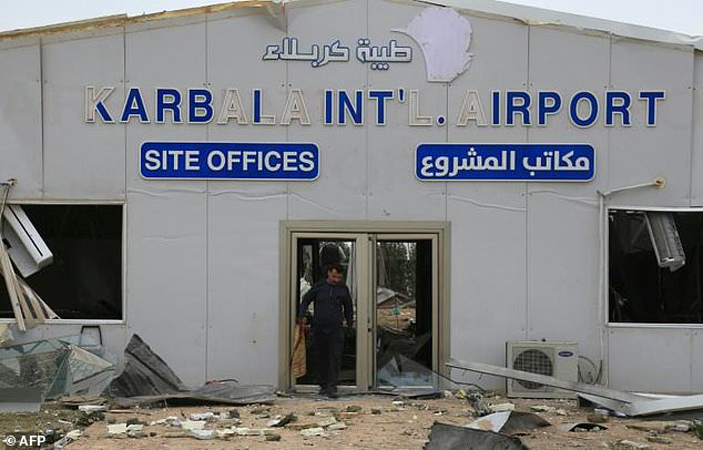 War-scarred Iraq hopes to launch reforms and revive its battered economy, but the drive is being derailed by a wave of violence blamed largely on shadowy pro-Iranian groups.

Since Prime Minister Mustafa al-Kadhemi took office in May, he has promised to rein in rogue militias, fight corruption and roll out long-awaited restructuring after years of war and insurgency.

But the closer his government gets to its stated aims, the more armed actors with suspected links to Washington’s arch enemy Tehran are lashing out, top Iraqi officials and analysts told AFP.

“Every time these groups see us getting close to their military or economic interests, they either launch rockets or propaganda campaigns to distract us,” said one senior government official.

Violence, already rising before Kadhemi met US President Donald Trump in Washington in mid-August, has only flared further.

On September 3, an attack targeted the Baghdad headquarters of British-American security company G4S. One intelligence official told AFP a drone had dropped a small explosive charge on the building.

No faction claimed responsibility, but Tehran-backed groups had accused G4S of complicity in January’s US drone strike that killed Iran’s top general Qasem Soleimani in Baghdad.

Days earlier, a UN worker was wounded when an improvised explosive device detonated underneath an aid convoy in the northern city of Mosul.

A faction identifying itself as part of the “Islamic resistance” — a catch-all phrase for pro-Iran factions — took responsibility, accusing the UN of using its convoys to transport American spies.

“Your vehicles will burn in the streets of Iraq,” it threatened online.

A half-dozen previously unheard-of such factions have made similar threats in recent months under the “Islamic resistance” banner, but officials say they are a smokescreen.

“Five groups, including Kataeb Hezbollah, Asaib Ahl al-Haq and others, are behind the recent instability across the country,” an Iraqi intelligence officer said.

These hardline groups are members of Iraq’s Hashed al-Shaabi, a state-sponsored network dominated by factions close to Iran and wary of the United States.

US officials have made similar accusations, naming Kataeb Hezbollah and Asaib Ahl al-Haq as the real perpetrators of rocket attacks on American installations in Iraq.

“They declared a unified front after Soleimani’s killing and began working under pseudonyms, which allowed the government of PM Adel Abdel Mahdi to save face as they were nominally under his command,” the Iraqi official said.

The same groups had accused Kadhemi of plotting against Soleimani when the former was Iraq’s top intelligence official and were furious when he rose to become premier.

They have understood Kadhemi’s pledges to reign in armed groups as an attempt to clip their wings, officials and experts have told AFP.

Beyond escalating rocket attacks, the groups have also ramped up pressure through unconventional media outlets.

Anonymous channels on messaging application Telegram publish taunting warnings of attacks on military convoys well before they happen, deepening a sense of impunity.

Dijla TV was torched last week after the Telegram channels turned on them, and a new wave of threats have targeted Sunni-owned UTV.

The campaign began after the US government seized the website domains of Al-Etejah, an Iraqi television station linked to Kataeb Hezbollah.

The government is not looking for a direct confrontation with these groups, said Kadhemi’s spokesman Ahmad Mulla. “Instead, we are looking to dry up their funding resources by targeting border crossings,” used for lucrative smuggling from Iran, Mulla told AFP.

Officials knew this could be dangerous. When the PM launched a sweeping anti-corruption campaign on Iraq’s porous borders, they braced for the worst. “They will blackmail officials, threaten their families, mobilise the tribes and maybe even commit assassinations,” one senior official told AFP in July.

Indeed, two anti-government activists were gunned down weeks later in the southern port city of Basra, and tribal violence erupted north of Baghdad.

“We are constantly putting out fires, so we can’t properly focus on the bigger strategy,” another Iraqi official said, about Baghdad’s efforts to reform the state and revitalise an economy hit by the Covid-19 pandemic and low oil prices.

A third official told AFP that Iraq’s Finance Minister Ali Allawi missed his August 24 deadline to submit an economic reform plan to parliament because of the recent tumult.

Last week, Kadhemi set up an anti-corruption council, authorising the elite troops of the Counter-Terrorism Service to arrest officials usually considered too senior to touch.

His forces also carried out search operations in Basra and Baghdad to seize unlicensed arms, but few have turned up.

“Ultimately, Kadhemi should open a real dialogue with the spiritual leaders of these groups to avoid a clash.”