Tech chills spill into Asia, as shares sink across region 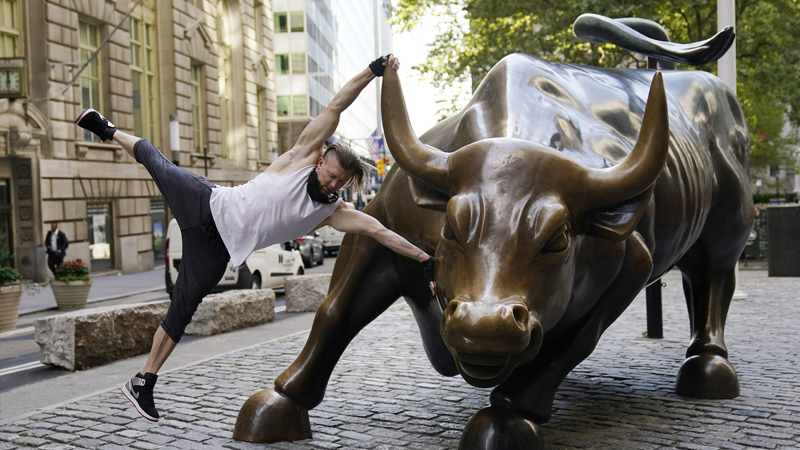 “At a minimum, the optimism balloon floated by vaccine hopes has sprung a sizable leak,” Stephen Innes of AxiCorp. said in a commentary.

Talk by President Donald Trump of “decoupling” the U.S. economy from China, as the presidential campaign heats up has ramped up uncertainty as Washington seeks to limit use of U.S. technology by Chinese companies, citing national security concerns.

The relationship between the world´s two largest economies has been on edge for years, and the antagonism threatens to further undermine global growth at a time when the coronavirus pandemic has pushed many countries into recession.

Among big losers in the technology sector were SoftBank Group Corp., which fell 5.%, Alibaba Group Holding, whose shares fell 2.5% in Hong Kong and semiconductor maker SMIC. which lost 2.7%.

Shares also fell in Taiwan and most of Southeast Asia.

Tech stocks have soared on expectations they can continue to deliver strong profit growth regardless of the economy and global health. The tech shares in the S&P 500 are still up nearly 23% for 2020 so far, and Amazon has rocketed 70.5%, despite the devastation to the economy from the pandemic.

Analysts say a flurry of activity for stock options of Big Tech companies goosed the gains even further recently. With certain kinds of options, investors can make huge profits on a stock, without having to pay for its full share price, as long as the stock´s price keeps rising. If enough of these kinds of stock options are getting sold, it can create a buying frenzy for the stock that accelerates the gains.

But all that activity can unwind quickly and send prices tumbling, as it did beginning last week. Critics have long been saying that big technology stocks had shot too high, even after accounting for their strong profit growth. Analysts have characterized the abrupt about-face as a technical correction.

“There is more talk of `risk-off,’ but this still feels more like an unwinding of overbought positions, rather than a generalized flight to safety,” Robert Carnell of ING Economics said in a report. “This is an orderly if substantial decline. There are still clearly buyers on the way down.” The yield on the 10-year Treasury has fallen to 0.67% from 0.72% late Friday. But it´s notably higher than the 0.53% on offer at the end of July.

Tesla, one of the brightest examples of Big Tech´s wild movements, surged 74.1% in August but slumped 21.1% on Tuesday, its worst loss since it began trading a decade ago, amid disappointment that it won´t be joining the S&P 500 anytime soon.

The company behind the S&P 500 announced the inclusion of several companies in the benchmark index, including Etsy. Some investors thought Tesla would be among them, which can create huge bouts of buying as index funds automatically fold the stock into their portfolios.

The big question for the stock market is whether the losses can stay mostly confined to the tech area, which had been soaring so quickly earlier and looked to be the most expensive part of the market.

The growing likelihood that Democrats and Republicans in Washington will fail to find a deal to send more aid to unemployed workers is also dashing hopes for extra help for the U.S. economy.

Expectations that slower growth means supply may outstrip demand has dented oil prices. Benchmark U.S. crude sank lost 28 cents to $36.48 per barrel in electronic trading on the New York Mercantile Exchange. It slumped $3.01 to $36.76 per barrel on Tuesday. Brent crude, the international standard, shed 25 cents to $39.53 per barrel. It declined $2.23 overnight to $39.78. “The overarching reason for oil´s buckle appears to be re-emergence of US-China risks casting serious doubt on assumptions of fairly steady demand recovery.,” Hayaki Narita of Mizuho Bank said in a commentary.