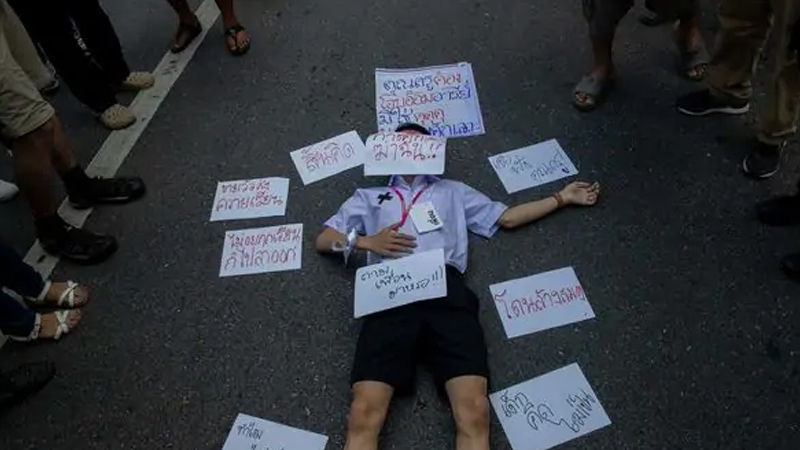 A group of Thai airport workers are suing a security company hired by state-owned Airports of Thailand (AOT), saying they were tricked into accepting worse terms with the threat of losing their jobs, the Thomson Reuters Foundation can reveal.

Ten security staff at Bangkok’s Suvarnabhumi Airport said in a lawsuit they were pressured to resign from ASM Management and sign new contracts as part of a restructuring in May by AOT, which manages six airports and has been hit hard by coronavirus.

Labour rights’ campaigners have voiced concerns about companies capitalising on the pandemic as an opportunity to cut costs by coercing workers to accept worse terms and conditions.

Thailand is fast returning to normalcy having recorded about 58 COVID-19 deaths and 3,440 cases since January, but the tourism-reliant economy has been battered by the collapse of global travel and a ban on foreign travellers imposed in April.

The workers in the lawsuit said their new contracts with AOT Aviation Security (AOT AVSEC) – a joint venture between AOT , ASM, and two other security companies – left them on lower pay and without benefits such as a transport allowance.

The case was filed in July but had not been made public.

The workers are suing ASM for termination without severance pay and not providing payment to cover their notice period. Five lawyers said coercing workers to resign amounted to wrongful dismissal under labour laws, and entitled them to compensation.

ASM and AOT declined to be interviewed for this article.

AOT AVSEC’s human resources manager Pasakorn Aksornsuwan said staff had been “transferred” from ASM, with years of prior service reflected in their salaries. He said the new venture was not involved in making any of them sign resignation letters. One security guard on the lawsuit, Komkrich Dearkhuntod, said he and 100-odd other staff at ASM were given about 10 minutes to resign then sign a new contract one night in April.

“Our supervisor told us everything (at AOT AVSEC) would be better than at ASM,” he said. “They saw us as security guards and looked down on us since we had little education, they thought they could trick us into signing those papers.”

Several workers told the Thomson Reuters Foundation that they had heard of hundreds of their colleagues being affected, but said most would not speak out for fear of losing their jobs. AOT AVSEC said 3,000 of its 5,200 person workforce had come from ASM, which previously supplied about 3,500 workers to AOT.

It is unclear if all 3,000 ex-ASM staff signed resignation letters before joining AOT AVSEC, and it is unknown how many of the remaning workers were made redundant or left voluntarily.