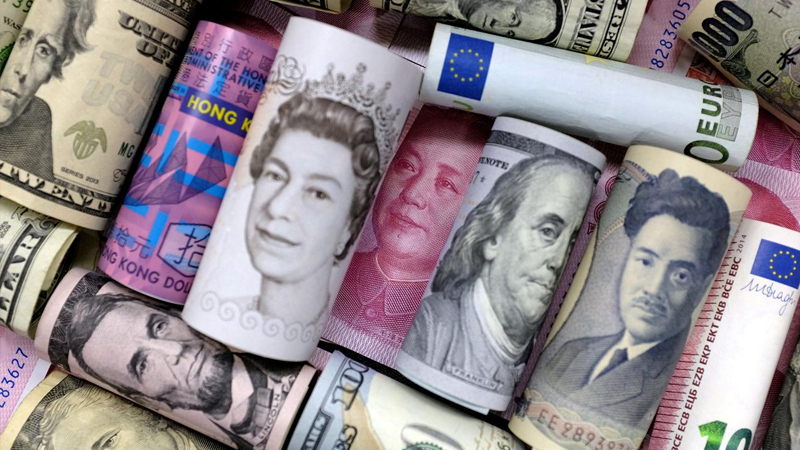 The dollar found support on Wednesday as a stock market slide spooked investors into selling riskier currencies, while worries about Brexit pushed the pound down to a new six-week low.

The moves have made for a nearly 2% bounce in the greenback, against a basket of currencies, from the more than two-year lows it touched earlier in the month. The safe-haven yen also climbed to a one-week high of 105.83 per dollar.

“The tech selloff has caught the market by surprise and it is a bit jittery as to whether there are broader implications,” said Bank of Singapore currency analyst Moh Siong Sim.

“It might force some position unwinding in other parts of the market, and that’s probably what we’re seeing right now,” he said. The dollar has been sliding since March.

In the Asia session the dollar was mostly steady, pulling back from early gains on most majors as U.S. equity futures pared losses – with Nasdaq 100 futures swinging to trade 0.6% higher in the afternoon and S&amp;P 500 futures flat.

The risk-sensitive Antipodean currencies crept from two-week lows with the futures trade, to leave the Aussie ahead 0.2% at $0.7226 and the kiwi steady at $0.6621.

Sterling was unable to shake pressure as fears grow that Britain is preparing to undercut its Brexit divorce treaty. It dipped 0.2% to $1.2950, its lowest since the end of July.

Britain will set out its blueprint for life outside the European Union on Wednesday, publishing legislation a government minister acknowledged would break international law in a “limited way.”

“This could derail trade negotiations with the European Union and further weigh on sterling,” said Commonwealth Bank of Australia currency analyst Elias Haddad.