MQM-P worried over ‘being ignored’ by PTI government 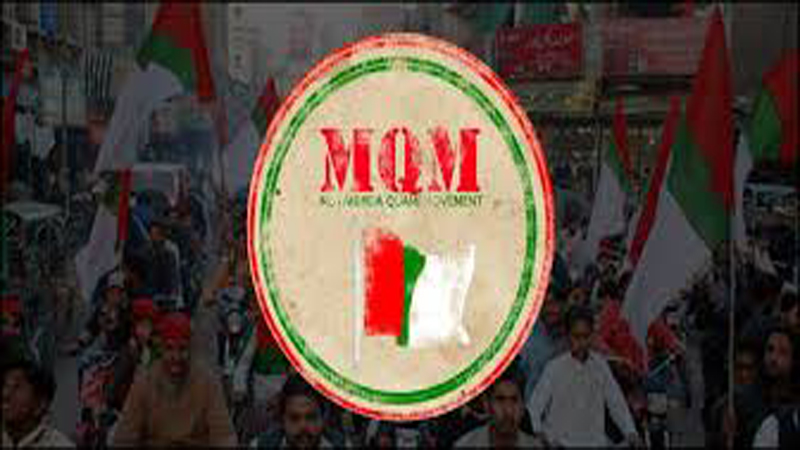 The Muttahida Qaumi Movement-Pakistan (MQM-P) is worried and expressing reservations for not being taken into confidence about legislative matters, the recently announced Karachi package and for not fulfilling their demands agreed to by the government.

According to sources, MQM-P leaders are worried as they are losing their grip on Karachi and after the lapse of more than two years, nothing has been done to fulfill their demands. In a recent visit of Prime Minister Imran Khan, a delegation comprising Minister for Information Technology and Telecommunication Aminul Haq, MNA Khalid Maqbool Siddiqui and party leader Faisal Subzwari but nothing was discussed regarding their reservations.

A few days earlier, during press conference with PTI leadership at Governor House, Federal Minister Aminul Haque, had shown his reservations saying, “We have to ensure transparency in spending of funds keeping in view the past mistakes.” As everyone knows that now MQM-P is not involved in any development work that’s why they are demanding the transparency in utilization in funds.

“Why PTI has allowed future development work to be carried out by a “bureaucrat” of the PPP government”, asked MQM-P leader

MQM-P had also expressed reservations so many times with PTI’s senior members at the floor of the house.

While talking to Daily Times a senior leader from MQM-P disclosed that PTI has never trusted us and we are being used and nothing adding that due to not fulfilling the promises, we are being humiliated in front of the people.

“Why PTI would give something to MQM-P as now they have mandate from Karachi, now development work will be done by PTI’s elected members to make their vote bank strong”, adding that we have not taken any benefit sitting with them yet, source revealed

Over Karachi’s administrator appointment MQM-P and PTI not on same page as Sindh Governor Imran Ismail stated that it was a consensus decision of “all stakeholders”. However, the MQM-P had called the move an injustice and discrimination on ethnic grounds.

According to senior leader whenever Imran Khan came to Karachi only give 10 minutes to MQM-P leadership. In fact, Khan has Forough Naseem to deal with.

According to sources MQM-P reiterated that outstanding issues of Sindh’s urban areas were not being resolved, and that after spending 2 years, not even one point regarding the conditions in Sindh had seen progress.

The MQM-P’s demands include the recovery of missing persons affiliated with the party, granting it permission to reopen its offices and kicking off development projects in Karachi and other urban centres of Sindh.

On the issue of non-release of development funds once, Khalid Maqbool Siddiqui said: “How can we face our voters in the absence of any development work?”

Earlier in press conference MNA Sabir Hussain Qaimkhani from Hyedrabad said that both the federal and the provincial governments had ignored the city adding that we haven’t taken any advantage of being in govt yet.

MQM-P had supported the PTI not only in forming the government but also at every difficult stage, but the PTI did not fulfill any of the promises it made in the nine-point memorandum of understanding (MoU) for the formation of a new government in the Centre.

On other hand The PTI led government has had so many meetings to settle Muttahida Qaumi Movement-Pakistan (MQM-P) reservations and they keep saying MQM-P is our coalition partner and we will consider their reservations seriously, but after spending two years nothing has been done yet.

While commenting on nine-point memorandum of understanding (MoU) PTI leader said that whatever MQM-P has demanded we are doing utmost to deliver now we have got the mandate from Karachi so it is our duty to bring Karachi’s glory back, asking that “why should we give development funds to MQM-P?”

The ruling PTI which has a slim majority in parliament understands that the support of its allies is critical for the survival of its coalition government.

The collective strength of the four parties in the National Assembly is 24 MQM has seven MNAs, PML-Q and BAP has five each, BNP-M four and GDA has three lawmakers and the PTI government could fall the moment these parties left the coalition.