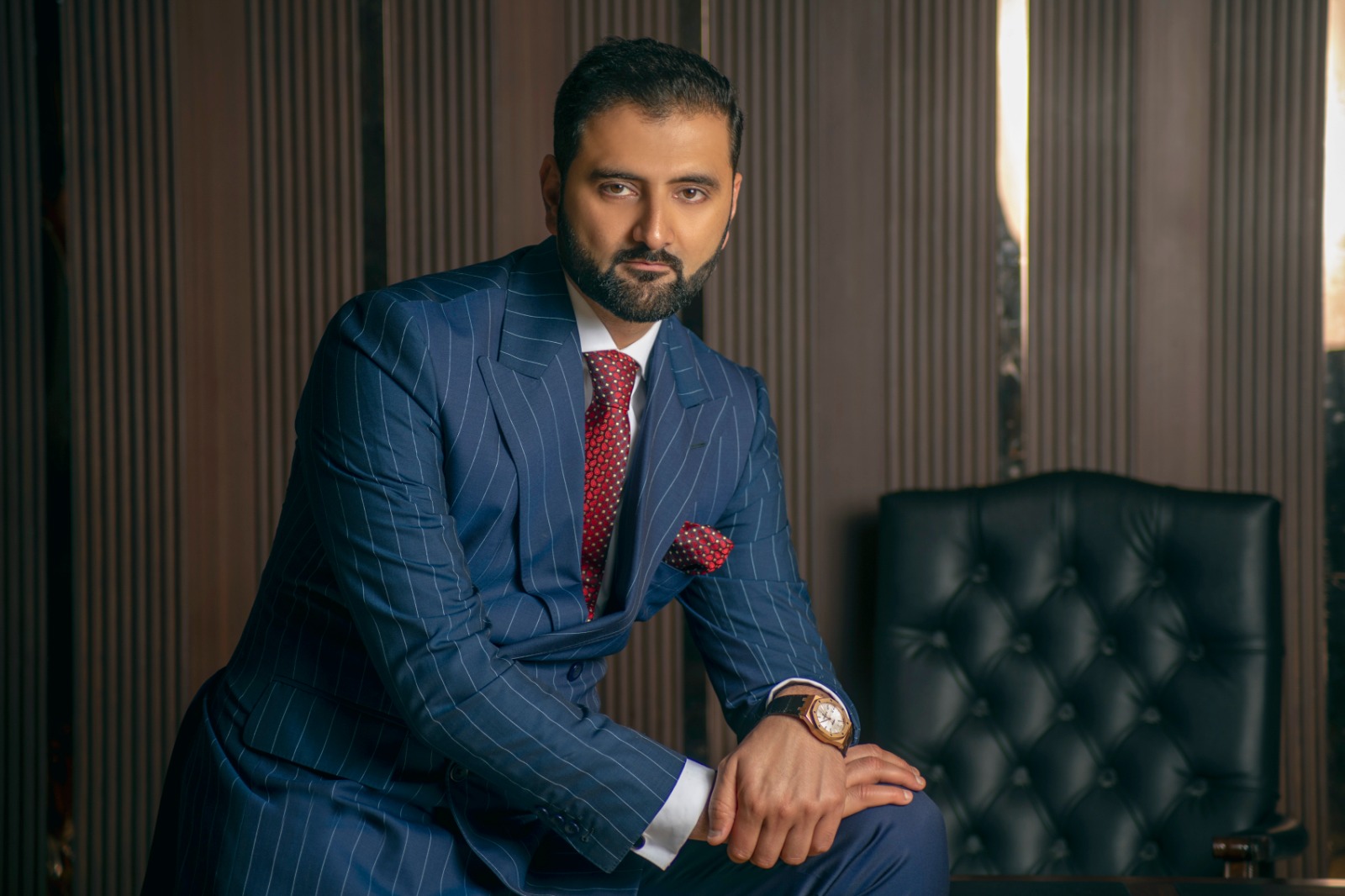 LONDON: Young British Pakistani entrepreneur and activist Suleman Raza has thanked his celebrated footballer friend David Beckham for helping him to feed thousands of National Health Service (NHS) workers during the height of Covid-19 pandemic through the One Million Meals campaign. 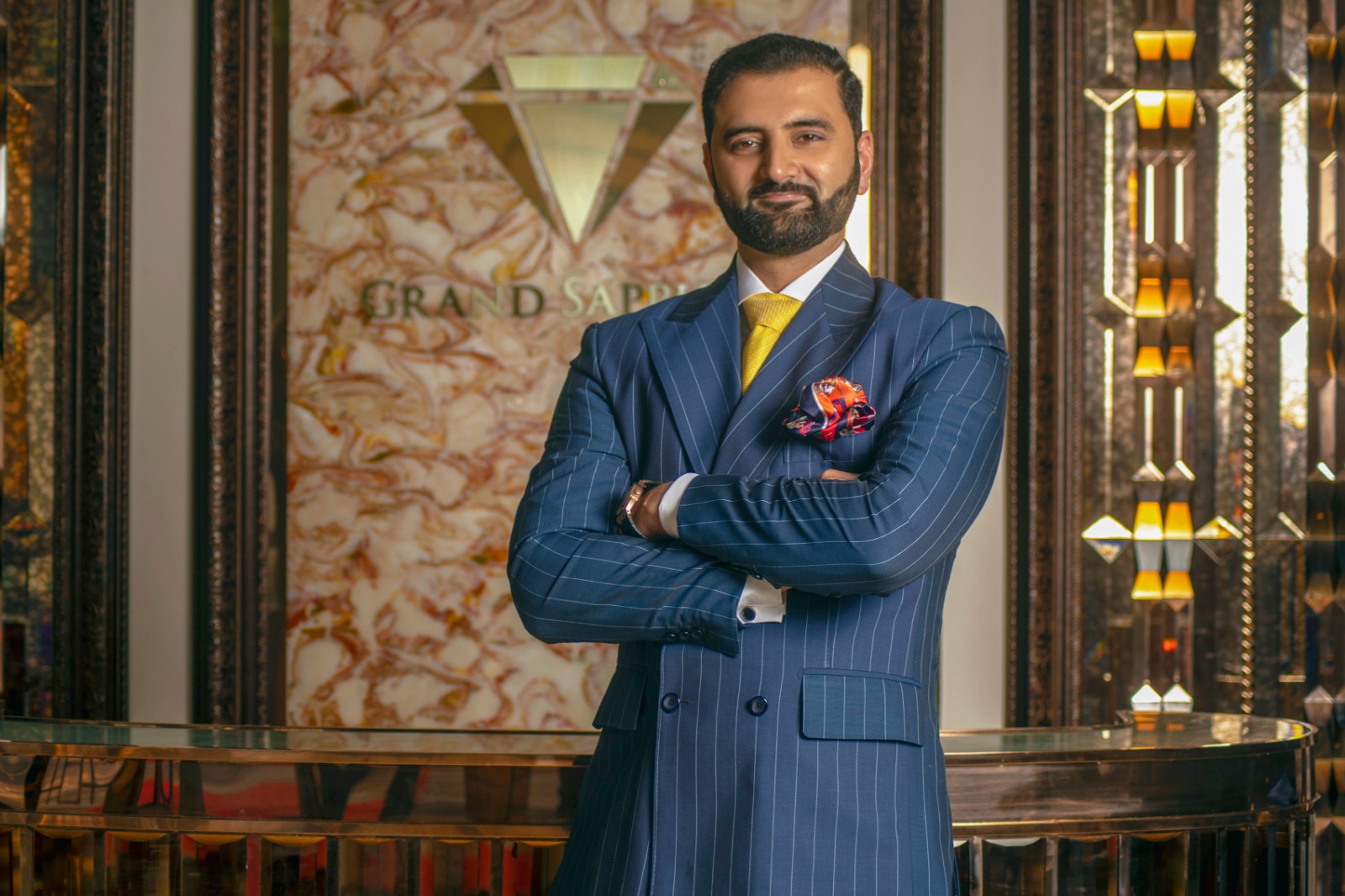 Raja Suleman Raza, who is originally from Rawalpindi launched the One Million Meals campaign at the height of Covid-19 pandemic in the UK to feed hot meals to the NHS workers, started the initiative to help the frontline workers but the support offered by the former England captain helped project the campaign at the national level, instantly drawing supports from various sources.

Suleman Raza’s own restaurants were closed down under the government guidelines as the country was locked down but the Rawalpindi-born businessman decided to utilise his resources and infrastructure to support the NHS staff who came under enormous pressure.

Suleman Raza’s appeal was responded warmly by Beckham who publicly offered his support for the One Million Meals initiative. Beckham’s support made headlines all over the world and put the campaign in the spotlight that worked wonders in opening many doors. The campaign was featured in the mainstream British media. Prime Minister Boris Johnson’s Office appreciated the support offered to the Hillingdon hospital by the One Million Meals during the lockdown.

Suleman Raza, who has been at the forefront of serving specialist Pakistani cuisine in the UK through his four restaurants and chains, has won appreciation in the BBC, SKY News, ITV, The Telegraph, The Independent and many other titles for rising to the occasion and coming up with the unique initiative to help the NHS staff.
Suleman Raza was going through an existential crisis in early March 2020 due to the lockdown after the Coronavirus pandemic struck the UK and everything was grounded to a halt including his own business.
During the mid of March 2020, Raza, while rummaging through the scary stories of Coronavirus victims, underwent some soul-searching moments and decided to utilise his previous experience of charitable work to help those in most need.

He had run a big campaign for the homeless in December 2019 under the title of ‘No One Eats Alone on the Christmas Day’ to serve hundreds of the homeless people on December 25 2019 across all of his restaurants.
To begin with he offered the vast establishment of Grand Sapphire Hotel & Banqueting to the NHS to set up an emergency hospital in Croydon.

In an interview, Suleman Raza said that on March 19, he picked up a front-page story in which critical care nurse Dawn Bilbrough, 51, had made an emotional plea to the public to stop depriving others of basic goods when she was left empty-handed after finishing a 48-hour shift.

He shared: “I thought that we have got to keep our frontline string. Our soldiers at the NHS cannot fight this nemesis with empty stomachs. It’s at that moment that the idea of One Million Meals was born so I decided to feed the NHS with meals whatever it takes. I donated 10,000 meals to kickstart the campaign. I wanted to show to the society that Pakistanis mean good and they care about others. Our religion and culture teaches us to be compassionate and considerate and think about humanity at all times.”

The One Million Meals campaign was founded on April 01, 2020. The figure of one million meals was chosen as a dare to stimulate British compassion in the face of adversity.

Suleman assembled a team of volunteers to kickstart the whole initiative and volunteered his hotel rooms for them to stay as long as they were willing to work on the One Million Meals. The volunteers were also provided computers, laptops and phones to facilitate the communication. In the first week, almost everyone was working around more than 60 hours, making frantic efforts to reach out to hospitals and vulnerable people facing the food crisis.
Suleman worked out a formula to reach out to the NHS trusts, hospitals, and units with the food demand, and then the demand was passed onto the local restaurant with good hygiene rating in the proximity. He was amazed at the response. While most of the restaurants were charging the bare minimum costs (around £5 per meal), they were still happy to collaborate and deliver meals as they found this offer as one ray of hope in the darker times of the Coronavirus pandemic.

He said: “Being a foodpreneur, I was aware of the catastrophic impact of the lockdown, and I am glad that we managed to serve thousands of meals through the local restaurants that geared up their businesses and got their operations going in these turbulent times.”

During the lockdown, fundraising was a challenging endeavour. Most of the businesses were shut down, and uncertainty prevailed. Suleman reached out to his vast network for support and donations while doing everything he could donate himself, resources, hotel rooms, storage spaces, industrial kitchen and parking spaces. He initiated campaign at GoFundMe that started gaining traction slowly.

While working on the One Million Meals initiative, Raza continued supporting the British Asian Trust at the call of His Royal Highness the Prince of Wales. He also spoke passionately at a British Asian Trust First Virtual Iftar event in front of many celebrities and important donors about his initiative and requested for their backing.
During the fundraising campaign, Raza noticed that it was assumed that the NHS had billions of pounds and the hospitals staff were hugely resourceful. However, the situation was much more complicated as it was not a question of affordability. Hundreds of doctors, paramedics and staff from the NHS lost their lives and the whole institution was hit with a crisis it had not anticipated and had no preparation to deal with.

He said: “The tears of the gratitude we found in the staff eyes when they received the gifted meals were priceless. A nurse shared with a heart-rendering note of how the hot fresh meal was making a difference in her 12.5 hours long hours routine where she did not have a chance to buy or cook due to the urgent requirements of the job.”
One Million Meals campaign managed to support 203 locations (NHS trusts, hospitals, agencies, food banks) across the UK. By the June 30, One Million Meals had served 47 NHS hospitals by delivering more than 80,000 meals and nutritious drinks to doctors, nurses, paramedics, and key workers on the frontline.

Suleman Raza reached out to the world-famous music band ‘The Proclaimers’ who donated their hit song 500 miles to the One Million Meals. The story was shared in an exclusive BBC report on June 01.

Raza, being an immigrant, kept diversity at the heart of our actions. He constituted an advisory board for One Million Meals that reflected it as it had good numbers from the BAME communities and the mainstream community.

He declared this week that the One Million Meals project would continue serving the people facing the food crisis in the United Kingdom.

He added: “For me, it is a long-term commitment, even when the pandemic finishes. The Financial Time’s new report shares that more than three million people in the UK were going hungry due to the lockdown. I am committed to serving the people facing the food crisis. I want to involve the restaurants all over the country in his next campaign to end homelessness and food deprivation from the UK.”