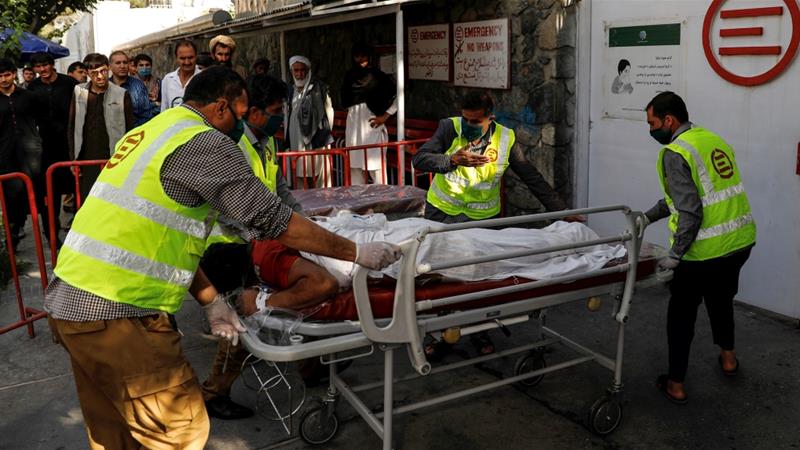 Afghan Interior Ministry spokesman Tariq Arian told a news agency that two people had been killed and another twelve were wounded in the blast.

“Today, once again the enemy of Afghanistan tried to harm Saleh, but they failed to get to their evil aim, and Saleh escaped the attack unharmed,” Razwan Murad, a spokesman for Saleh’s office, wrote on social media.

Saleh, a former intelligence chief and an outspoken Taliban critic, has survived several assassination attempts, including one on his office last year ahead of presidential elections that killed 20 people.

The roads in the vicinity of the bombing were closed off.

Interior Ministry spokesman Arian said the blast also ignited a huge fire in the area, a section of Kabul where shops sell gas cylinders for use in heating homes and cooking. He feared the casualty figures could rise further.

The rising violence is affecting the trust needed for the success of talks aimed at ending the armed conflict in Afghanistan ongoing for the past two decades.

Pakistan has strongly condemned the terrorist attack on the convoy of First Vice President of Afghanistan Amrullah Saleh.

In a tweet, Foreign Office Spokesperson Zahid Hafeez Chaudhri said it is a matter of relief that Amrullah Saleh remained unharmed. He extended heartfelt sympathies and condolences to bereaved families and prayed for swift recovery of the wounded.