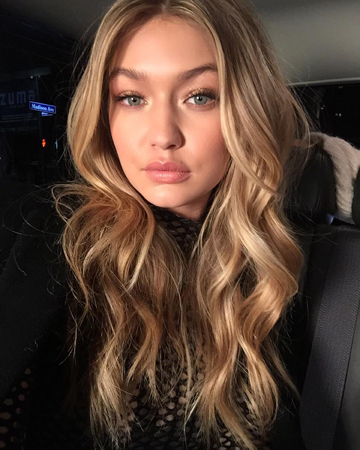 Gigi Hadid got real about all the things she has been craving for during the last days of her pregnancy. The supermodel, who is expecting her first baby with boyfriend Zayn Malik, is gearing up to become a mother this month.

Taking to Twitter, Gigi gave insight about everything she has been craving for ahead of her due date.

“Pregnancy is real when u order nationally shipped @sprinkles to be delivered to yourself,” she wrote.

She added, “. @sprinkles do I have to defrost the whole box right when I get it or can I defrost them one by one to make them last longer?”

Taking to Twitter, Gigi gave insight about everything she has been craving for ahead of her due date

Earlier, Gigi unveiled a bunch of stunning photos from her maternity shoot.

“I loved it, I knew what I wanted from the pics and Gab and L&I really made it happen for me,” she said, responding to a fan. “But [it] was definitely more tiring than working normally,” she continued. “Got through the second look and was like ‘guys I think I can only do two more’ hahaaaa.”